Research in the arts and humanities represents a range of disciplines and distinctive modes of knowledge and methods that result in articles and books, ideas, exhibitions, performances, artifacts and more. This deliberate and dedicated work generates deep insights into the multi-faceted people and cultures of the world, past and present.
Whether individual or collaborative, funded or unfunded, our faculty are leading national networks and conferences, providing research frameworks, engaging students, traversing international archives and making significant contributions to UMD's research enterprise.

The Nan Johnson Award was created to support graduate students in their scholarship, to enable their participation at Feminisms and Rhetorics, and to help them find new and returning venues for networking and professionalization.

English, College of Arts and Humanities

English Department to Offer ‘Storytelling with Code’ Course this Fall

South Asian "Refugee" Fiction and Film: The Poetics and Aesthetics of Suffering

South Asian "Refugee" Fiction and Film:  The Poetics and Aesthetics of Suffering.

Nelly Sachs; Translated from the German by Joshua Weiner with Linda B. Parshall Farrar, Straus and Giroux 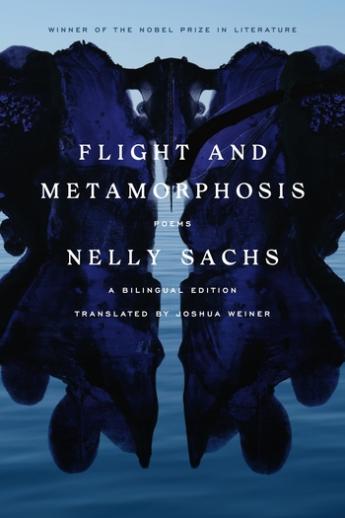 This central collection by the poet, dramatist, and Nobel laureate Nelly Sachs—newly translated from the German by Joshua Weiner (with Linda B. Parshall)—reveals the visionary poet’s remarkable power of creation and transformation.

Flight and Metamorphosis marks the culmination of Nelly Sachs’s development as a poet. Sachs, who was awarded the Nobel Prize in Literature in 1966, speaks from her own condition as a refugee from Nazi Germany—her loneliness while living in a small Stockholm flat with her elderly mother, her exile, her alienation, her feelings of romantic bereavement, and her search for the divine. Forced onto a journey of endless change, Sachs created her own path forward.

From these sublime poems, she emerges as a visionary, one who harnesses language’s essential power to create and transform our world. Joshua Weiner’s translations are the first in more than half a century to elucidate Sachs’s enduring poetic power and relevance.

As the era preceding the articulation of what has come to be known as humanism, the European Middle Ages offer a variety of vantage points from which to trouble present certainties.

The medieval period does not prefigure posthumanism as much as it reveals, according to the editors of the inaugural issue of the journal postmedieval, the many “ways in which bodies (human and non-human) and the world have always been emerging together out of various dynamic material processes and fields of interpretation”.

Read more about the article here.

Bad Humour: Race and Religious Essentialism in Early Modern England specifically appraises how early modern science, or natural philosophy, is applied to the racialization of people who are expelled from the faith as religious outsiders. English colonial activities were largely directed against other Christians. But the violence of the colonial project could not be effected against members of the same faith. These members—Irish Catholics, Spanish Catholics, converted Africans and Amerindians—had to be forcibly evicted. Of course, this is problematic as the doctrine of Christianity, in particular Pauline Christianity, insisted that all who were baptized in the spirit were incorporated in the faith. Early modern medical theory bound together psyche and soma in mutual influence. By the end of the sixteenth century, there is a general acceptance that the soul’s condition, as a consequence of religious belief or its absence, could be manifest in the humoral composition of the physical body. This book charts the process whereby religious error, first resident in the body, becomes marked on the skin.

The Failed Promise: Reconstruction, Frederick Douglass, and the Impeachment of Andrew Johnson 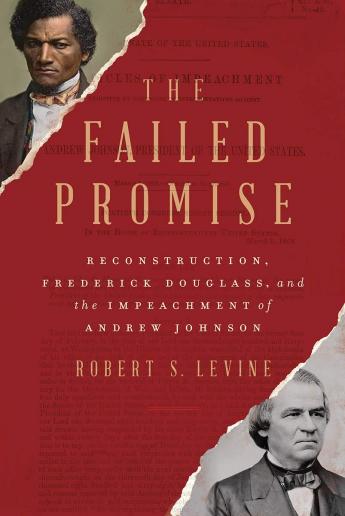 When Andrew Johnson rose to the presidency after Abraham Lincoln’s assassination, African Americans were optimistic that Johnson would pursue aggressive federal policies for Black equality. Just a year earlier, Johnson had cast himself as a “Moses” for the Black community. Frederick Douglass, the country’s most influential Black leader, increasingly doubted the president was sincere in supporting Black citizenship. In a dramatic meeting between Johnson and a Black delegation at the White House, the president and Douglass came to verbal blows over the fate of Reconstruction. Their animosity only grew as Johnson sought to undermine Reconstruction and conciliate leaders of the former Confederate states.

Learn more about The Failed Promise.

“A Tale for Two Readers: Joseph Conrad’s ‘The Tale’”

“Bombs and Bomb Makers: Realism, The Association of Small Bombs and the post-9/11 novel”

"For a Time and Race Unraveling: Shifting Imaginaries and Covert Resistance in Postracial Dystopias”

The Routledge Handbook of Alternative Futurisms

This essay explores the complicated visions of alternative postracial futures in N.K. Jemisin’s The Fifth Season and Chang-Ra Lee’s On Such a Full Sea; wherein race, as we recognize and represent it in our current trajectory, is dismantled, renamed, and reshaped to suit a different human society. This is not to say that these societies feature no racial distinctions, but rather that the legible signifiers we recognize in real-world constructions of race are ‘re-raced’ (made illegible in light of new signifiers) for the fictional alternative. I compare Lee’s subtle framing of unnamed difference with Jemisin’s explicit reframing of caste order, and argue that both authors invoke experiences of oppression and injustice to gesture to the impossibility of a postracial utopia while still suggesting the potential for new, as-yet unrecognizable racial categories.