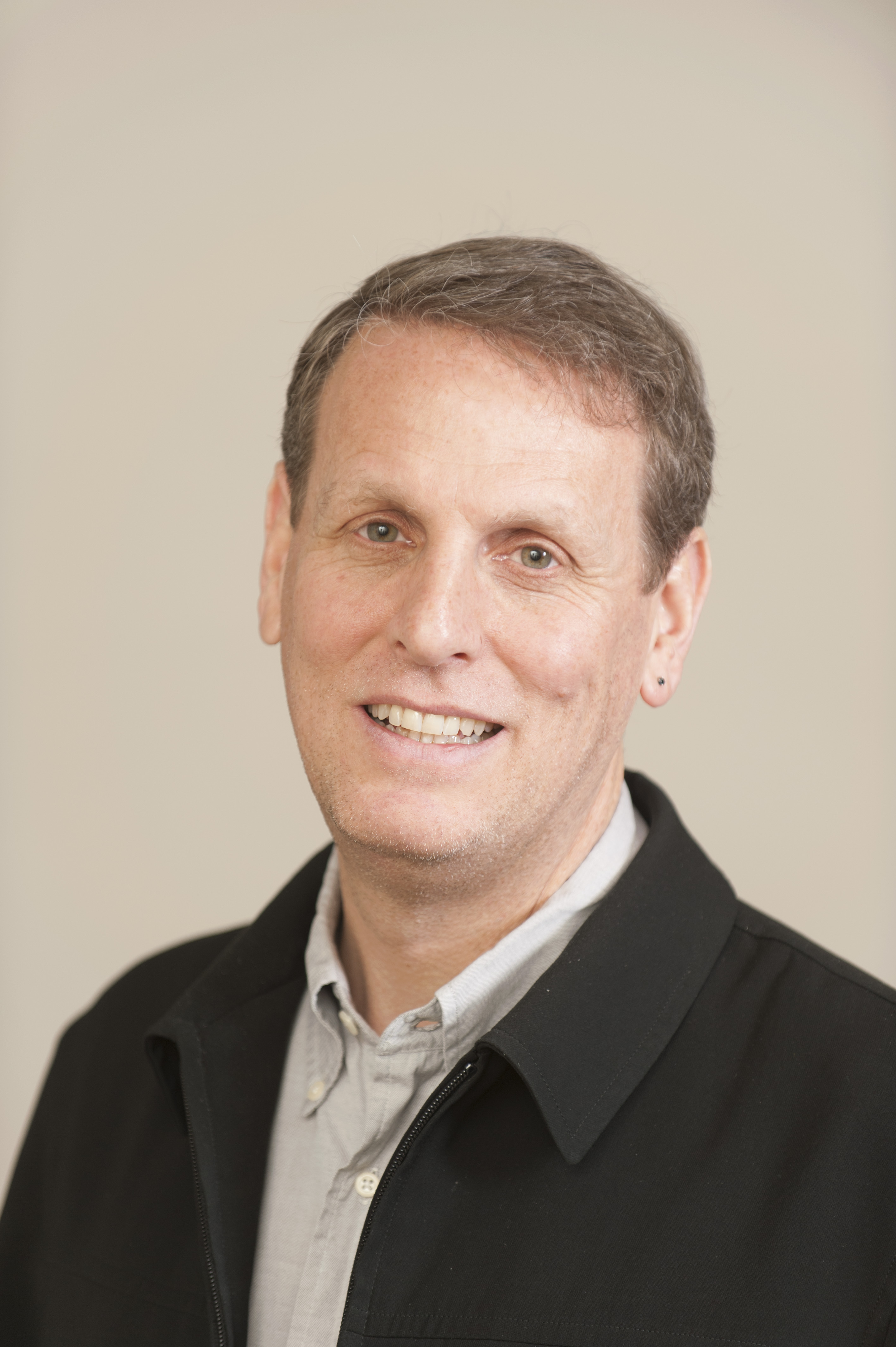 Peter Mallios is Associate Professor of English at the University of Maryland, with a background in law. He is the Executive Director of the University of Maryland Honors College, and also teaches and tutors in the Goucher Prison Education Partnership. He specializes in modern American literature and the modern novel. His interests include 19th, 20th, and 21st century multiethnic U.S. literature and political history; democratic theory, constitutional law, and law and literature; modernisms and the novel; prison literature and reparations; digital analytics; and the significance and reception of internationally authored literatures in the U.S. His first book Our Conrad: Constituting American Modernity (Stanford UP 2010; Adam Gillon Prize 2012) concerns Joseph Conrad’s literary, cultural, and political reception in the US in the earlier twentieth century, and its implications for American modernism and writers including Theodore Dreiser, Mary Austin, Willa Cather, W.E.B. Du Bois, Countee Cullen, F. Scott Fitzgerald, William Faulkner, Langston Hughes, Richard Wright, and T.S. Eliot. He is the author of "Tragic Constitution: U.S. Democracy and its Discontents," and is currently completing the book project, Weak President: Woodrow Wilson and the Resistance of Modern Multiethnic U.S. and Global Literature, which explores modern U.S. and world literatures in relation to conflicts of race, gender, democracy, and constitutional and international law issuing from the Wilson administration.

Mallios is co-editor (with Carola M. Kaplan and Andrea White) of Conrad in the Twenty-First Century: Contemporary Approaches and Perspectives (Routledge 2005), and editor of the Modern Library editions of Conrad’s The Secret Agent (2004) and Victory (2003). His work has appeared or is forthcoming in PMLA, American Literary History, Modern Fiction Studies, Studia Neophilologica, Modernism/Modernity, Kresy, Europa, The International Review of Modernism, The Faulkner Journal, The Conradian, Conradiana, The Stanford Humanities Review, and the New Cambridge Companion to Conrad. He is founding director of the digital Foreign Literatures in America project, an archival project concerning the reception and significance of non-American authored literary texts in the U.S., and predicated on an understanding of US “American literature” as including global textuality that has been significant in the US.

Leveraging data storage and computational infrastructure at Indiana University and the University of Illinois at Urbana-Champaign, the HTRC builds tools and services for scholars to perform research using data from the HathiTrust Digital Library.

From Joseph Conrad Society of America for best book on Conrad 2009-2011.

The Adam Gillon Book Award in Conrad Studies is named in recognition of the founder of the Joseph Conrad Society of America and long-time president of the society.

Digital archive concerning reception of Russian, British, Irish and other non-U.S.-authored literatures in the U.S.

FLA is a committedly and internationally a collective forum for research, innovation, discussion, and collaboration, one in which blogging and various forms of collective interchange, suggestion, and crowd-sourced cooperation are facilitated—both as concerns all the research functions described above, and also toward innovation of further functions FLA could undertake.

Explore modern U.S. and world literatures in relation to conflicts of race, gender, democracy, and constitutional and international law issuing from the Wilson administration.

"Invisible Bullets: A Return to the 1910's in American Literary Studies."

The 1910s occupy a strange place in the US literary critical imagination, simultaneously overly familiar and startlingly unknown.

On the one hand, everyone recognizes the consequentiality of these years, as a matter of watershed historical events as well as seismic shake-ups of literary and artistic practice.

Tragedy is a recurrent subject in recent constitutional law scholarship.

But this scholarship theorizes tragedy through a single narrow model, generally applies it to a limited conception of the domain of constitutional law, and ultimately conceives tragedy only as a liability rather than as a positive potentiality of constitutional practice. This essay critiques one theoretical understanding of tragedy and introduces three more, to argue for an open-ended praxis of pluralist tragic engagement with the United States Constitution that is necessary for the sober, mature, demystified, and deliberative functionality of the constitutional system. Each of these four models of tragedy is paired with a domain of constitutional law: Aristotle’s model with interpretation, Hegel’s with structure and institutions, the radical Brazilian theater director Augusto Boal’s with performance and public effects, and Nietzsche’s with cultural and educational accessibility.

Our Conrad is about the American reception of Joseph Conrad and its crucial role in the formation of American modernism.

lthough Conrad did not visit the country until a year before his death, his fiction served as both foil and mirror to America's conception of itself and its place in the world. Peter Mallios reveals the historical and political factors that made Conrad's work valuable to a range of prominent figures―including Fitzgerald, Faulkner, Richard Wright, Woodrow Wilson, and Theodore and Edith Roosevelt―and explores regional differences in Conrad's reception.

On Foreign Grounds: Toward an Alternative US Literary History, Archive, Methodology

This essay argues for the importance of the question, “What is US ‘American literature?”’ and for a sharp break with predominant modes of answering it.

It does so to introduce the Foreign Literatures in America (FLA) project, a new online, open-forum digital archive, inspired by, but not reducible to, an alternative approach to conceiving US “American literature.” FLA is a multipartner endeavor, developed in conjunction with the Maryland Institute for Technology and the Humanities (MITH), with funding from various sources and in consultation with the Library of Congress and faculty from universities worldwide. The project is a digital laboratory platform for the construction and use of archives concerning the reception of non-US American authors and non-US-authored literary texts in the US.

Conrad in the Twenty-First Century: Contemporary Approaches and Perspectives

Best known as the author of Heart of Darkness , Joseph Conrad (1857-1924) is one of the most widely taught writers in the English language.

Conrad's work has taken on a new importance in the dawning of the 21st century: in the wake of September 11 many cultural commentators returned to his novel The Secret Agent to discuss the roots of terrorism, and the overarching theme of colonialism in much of his work has positioned his writing as central to not only literature scholars, but also to postcolonial and cultural studies scholars and, more recently, to scholars interested in globalization.

The Secret Agent, by Joseph Conrad

This intense 1907 thriller -- a precursor to works by Graham Greene and John le Carre -- concerns a British double agent who infiltrates a cabal of anarchists.

This intense 1907 thriller -- a precursor to works by Graham Greene and John le Carre -- concerns a British double agent who infiltrates a cabal of anarchists. Conrad explores political and criminal intrigue in a modern society, building to a climax that the critic F.R. Leavis deemed "one of the most astonishing triumphs of genius in fiction."

Set in the islands of the Malay Archipelago, Victory tells the story of a disillusioned Swede, Axel Heyst, who rescues Lena, a young English musician, from the clutches of a brutish German hotel owner.

Set in the islands of the Malay Archipelago, Victory tells the story of a disillusioned Swede, Axel Heyst, who rescues Lena, a young English musician, from the clutches of a brutish German hotel owner. Seeking refuge at Heyst's remote island retreat on Samburan, the couple is soon besieged by three villains dispatched by the enraged hotelier. The arrival on the island of this trio of fiends sets off a terrifying series of events that ultimately ends in catastrophe. Edited, with notes and introduction, by Peter Mallios.

Almayer's Folly: A Story of an Eastern River, by Joseph Conrad

Joseph Conrad's first novel is a tale of personal tragedy as well as a broader meditation on the evils of colonialism.

Joseph Conrad's first novel is a tale of personal tragedy as well as a broader meditation on the evils of colonialism. Set in the lush jungle of Borneo in the late 1800s, it tells of the Dutch merchant Kaspar Almayer, whose dreams of riches for his beloved daughter, Nina, collapse under the weight of his own greed and prejudice. Nadine Gordimer writes the introduction.

Hailed as one of Joseph Conrad's finest literary achievements, this isthe story of a young man unwittingly caught in the political turmoil of
pre-Revolutionary czarist Russia. A gripping novel that
ultimately questions our capacity

Hailed as one of Joseph Conrad's finest literary achievements, this is the story of a young man unwittingly caught in the political turmoil of pre-Revolutionary czarist Russia.

A gripping novel that ultimately questions our capacity for moral strength and the depths of human integrity. Edited by Peter Mallios, this new edition includes commentary and a reading group guide.

Peter Mallios is serving as Visiting Professor and Tutor for the Goucher Prison Education Partnership.

The Goucher Prison Education Partnership (GPEP), a division of Goucher College, provides men and women incarcerated in Maryland with the opportunity to pursue an excellent college education. In courses at the two prisons, students are held to the rigorous academic standards for which Goucher is known.  Courses are taught on site by Goucher College faculty as well as by outstanding professors from nearby colleges and universities.

Reports on articles submitted for publication in PMLA

Founded in 1883, the Modern Language Association of America provides opportunities for its members to share their scholarly findings and teaching experiences with colleagues and to discuss trends in the academy.

Journal of Modern Literature remains a leading scholarly journal in the field of modern and contemporary literature and is widely recognized as such.

It emphasizes scholarly studies of literature in all languages, as well as related arts and cultural artifacts, from 1900 to the present. International in its scope, its contributors include scholars from Australia, Canada, China, England, Denmark, France, Israel, Japan, Nigeria, Spain, and Turkey.

Digital archive concerning reception of Russian, British, Irish and other non-U.S.-authored literatures in the U.S.