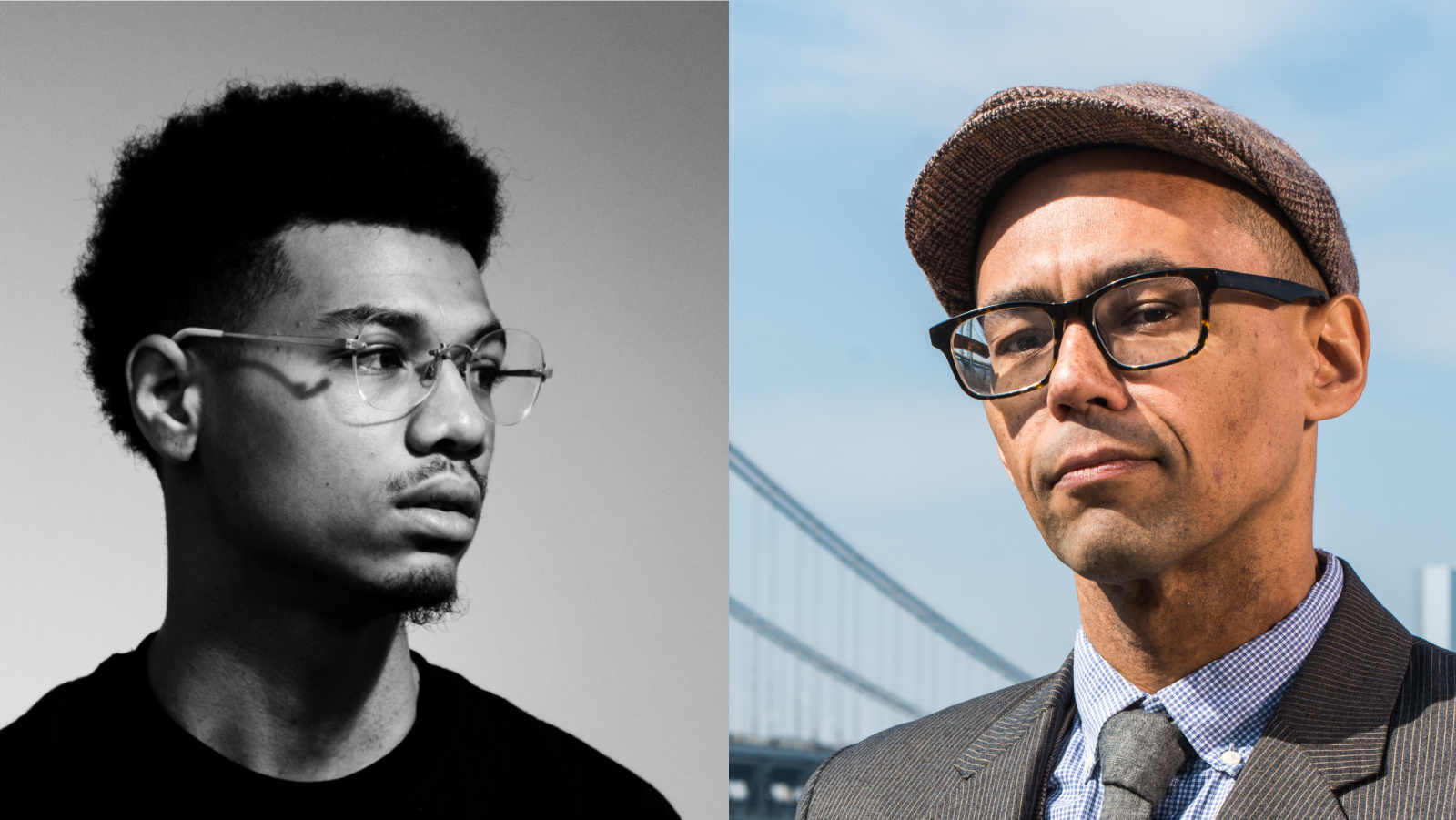 The conversation is part of a year-long Antiracism Series sponsored by the Center for Literary and Comparative Studies.

One year after studying Victor LaValle’s influential graphic novel “Destroyer” in an English seminar, English alumni Kian Kelley-Chung '19 will converse with the author this week during an online event.

The conversation is part of a year-long Antiracism Series sponsored by the Center for Literary and Comparative Studies (CLCS) that builds on the Department of English and College of Arts and Humanities’ continued commitment to address issues of racism, inequality and justice. It is free and open to the public and will be moderated by novelist Rion Scott, assistant professor in the department.

Kelley-Chung says “Destroyer,” a modern reimagining of Mary Shelley’s “Frankenstein,” had a profound impact on him as a storyteller. The book tells the story of a Black mother grappling with the murder of her 12-year-old son and touches on themes including generational trauma and the Black Lives Matter movement. LaValle, who is the award-winning author of a short story collection, four novels and two novellas, used a 160-page comic book format for “Destroyer,” which was published in 2017.

Kelley-Chung had read it once before the book appeared as part of the syllabus in Professor Tita Chico’s Fall 2019 honors “Seminar in Language and Literature: The Postmodern Enlightenment.”

“It was just a brilliant idea and Victor executed it so incredibly well,” Kelley-Chung says about “Destroyer.” “He showed me that as a Black person, as a Black author, I have the autonomy to write about the Black experience—and our traumas and pain—truthfully and honestly the way I see fit.”

Kelley-Chung is currently finalizing his own graphic novel, titled “BLACKGUARD,” which explores police brutality by imagining what society would look like if the Black Panther Party of the 1960s still existed today. The idea began to take shape during English lecturer Blake Wilder’s Fall 2018 course “African American Graphic Novels.” Kelley-Chung was then granted a 2019 Nonso Christian Ugbode Digital Media Fellowship (NCU) by Black Public Media to further his concept. Finally, delving into “Destroyer” in Chico’s course—during his final semester at Maryland—helped him work out his ideas and respond to “problems” he was battling as he wrote.

“BLACKGUARD” will be published as a graphic novel with an embedded augmented reality (AR) experience. That means readers will be able to scan select pages for additional digital components including 3D artwork and social media posts. Kelley-Chung is working with illustrators and an AR developer to launch “BLACKGUARD.”

Since graduating, Kelley-Chung has also been published in the Washington Post twice for his photography of the D.C. Black Lives Matter movement. He is a co-founder of arts collective RXNIN LIFE and is currently working on a documentary with friend Andrew Jasiura ’20, criminology and criminal justice, that explores the D.C. Black Lives Matter movement through the lens of the free food vendors, mutual aid stations and relationships that have sprouted to sustain it during the recent months of protest.

Kelley-Chung says that in all his work he seeks to “push the envelope” by showing that literature is far more than books—and can include subtitles, tweets and even AR. That’s a lesson LaValle affirms in his work, too, he says.

“The story is the story; the medium is just a vessel,” Kelley-Chung says.

Register here for “Victor LaValle & Kian Kelley-Chung: A Conversation,” which will be held Thursday, October 8, from 2-3 p.m.

Image of Kelley-Chung by Andrew Jasiura. Image of Victor LaValle by Teddy Wolff.