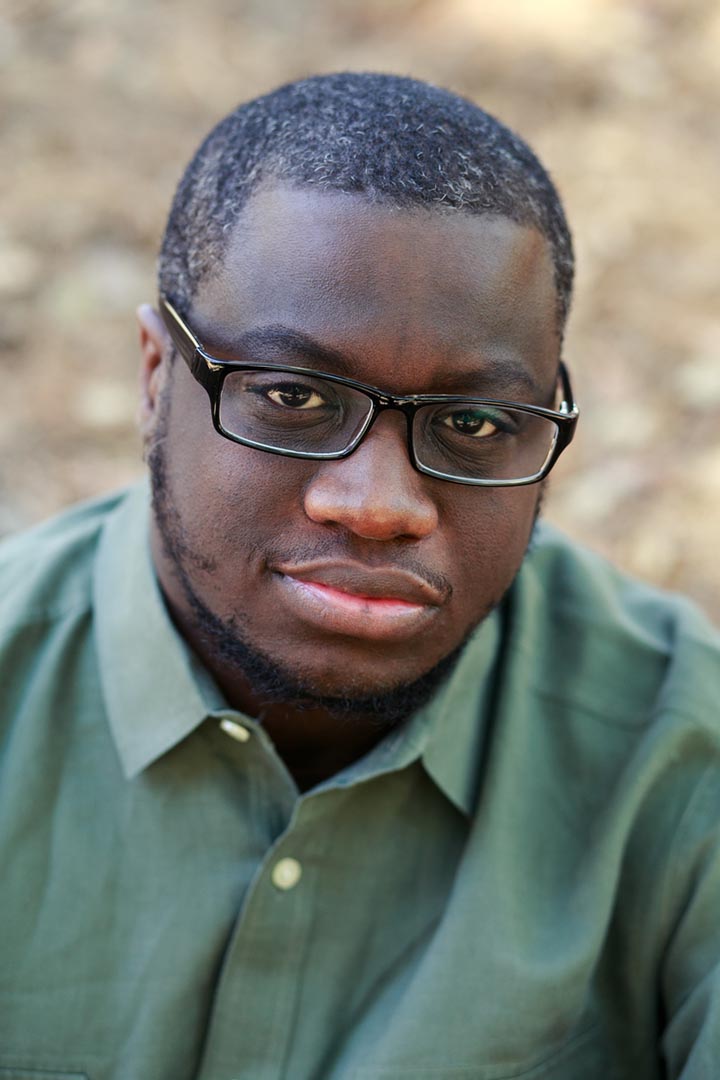 Rion Amilcar Scott is the author of the story collection, The World Doesn’t Require You (Norton/Liveright, August 2019). His debut story collection, Insurrections (University Press of Kentucky, 2016), was awarded the 2017 PEN/Bingham Prize for Debut Fiction and the 2017 Hillsdale Award from the Fellowship of Southern Writers. His work has been published in journals such as The New Yorker, The Kenyon Review, Crab Orchard Review, and The Rumpus, among others. One of his stories was listed as a notable in Best American Stories 2018 and one of his essays was listed as a notable in Best American Essays 2015. He was raised in Silver Spring, Maryland and earned an MFA from George Mason University where he won the Mary Roberts Rinehart award, a Completion Fellowship and an Alumni Exemplar Award. He has received fellowships from Bread Loaf Writing Conference, Kimbilio and the Colgate Writing Conference as well as a 2019 Maryland Individual Artist Award.

Founded in 1987 by a group of writers who met in Chattanooga, the Fellowship of Southern Writers is a nonprofit organization which encourages the creation and development of literature in the South.

The FSW achieves its mission by commemorating outstanding literary achievement, encouraging young writers through awards, prizes, and fellowships, and by recognizing distinction in writing by election to membership.

One winner will be selected by a panel of three to four writers or editors who are PEN America Members. The winner will receive a $25,000 cash prize intended to allow significant time and resources with which to pursue a subsequent work of fiction.

The night after Jerome’s brother turned up on a Southside sidewalk, bloodied and babbling in and out of consciousness, Tiny took Jerome’s hand, sat him on a stool, wiped tears from his cheeks, draped a towel over his shoulders, and whispered, Relax, baby,

Read the rest of the essay.

The World Doesn't Require You

Established by the leaders of the country’s only successful slave revolt in the mid-nineteenth century, Cross River still evokes the fierce rhythms of its founding. 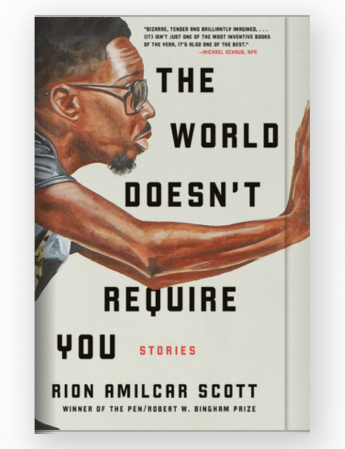 Welcome to Cross River, Maryland, where Rion Amilcar Scott creates a mythical universe peopled by some of the most memorable characters in contemporary American fiction. Set in the mythical Cross River, Maryland, The World Doesn’t Require You heralds “a major unique literary talent” (Entertainment Weekly). Established by the leaders of America’s only successful slave revolt in the mid-nineteenth century, the town still evokes the rhythms of its founding. With lyrical prose and singular dialect, Rion Amilcar Scott pens a saga that echoes the fables carried down for generations—like the screecher birds who swoop down for their periodic sacrifice, and the water women who lure men to wet death.

A suicidal father looks to an older neighbor -- and the Cookie Monster -- for salvation and sanctuary as his life begins to unravel.

In Insurrections, Rion Amilcar Scott's lyrical prose authentically portrays individuals growing up and growing old in an African American community. Writing with a delivery and dialect that are intense and unapologetically current, Scott presents characters who dare to make their own choices -- choices of kindness or cruelty -- in the depths of darkness and hopelessness. Although Cross River's residents may be halted or deterred in their search for fulfillment, their spirits remain resilient -- always evolving and constantly moving.