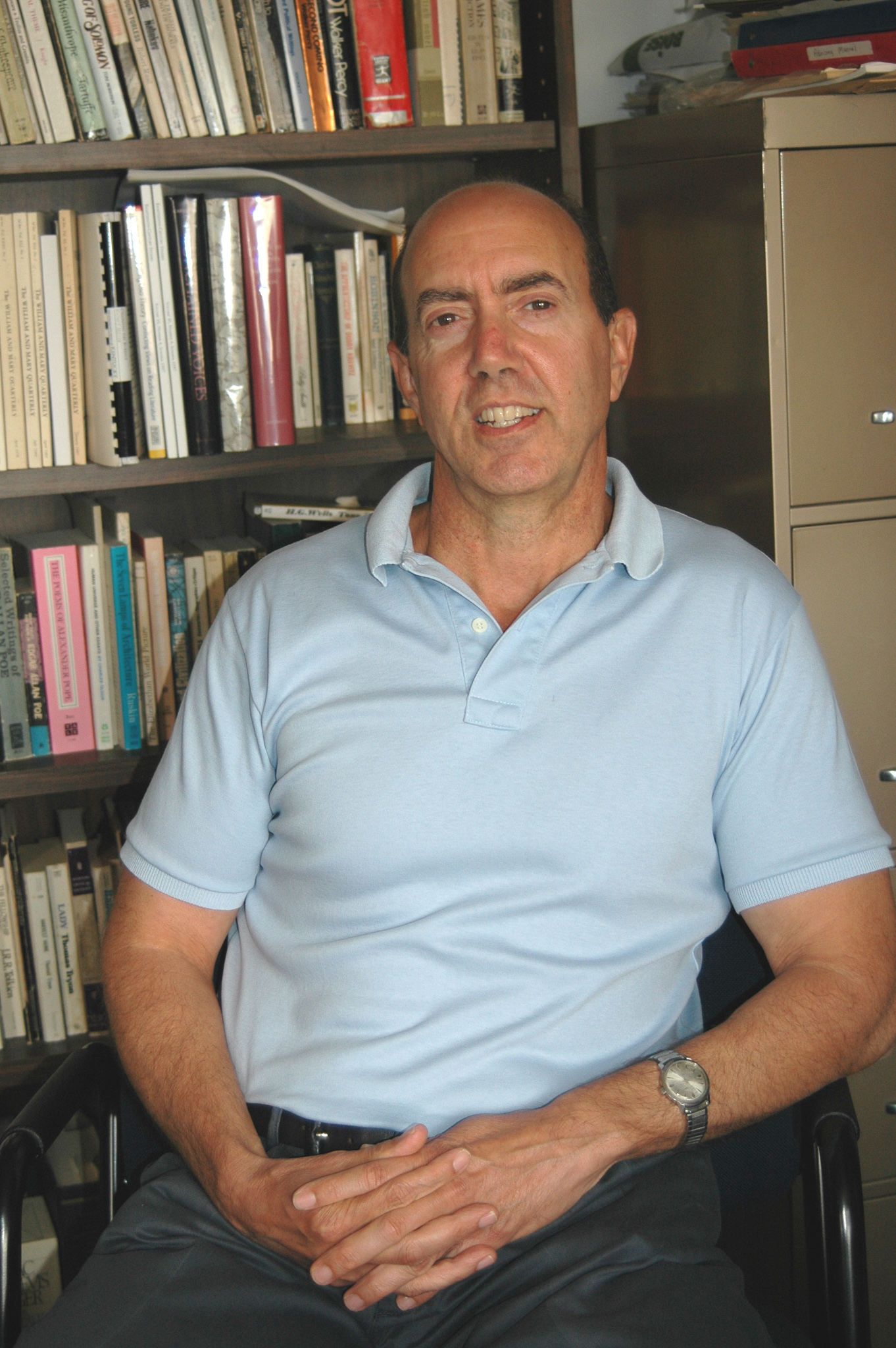 I specialize in eighteenth-century transatlantic historical and literary studies. My recent fellowships are from the John Simon Guggenheim Memorial Foundation, the Library Company of Philadelphia, the John Carter Brown Library, the Massachusetts Historical Society, the University of London, the W.E.B. Du Bois Institute for Afro-American Research at Harvard University, and the School of Historical Studies at the Institute for Advanced Studies, Princeton.

In addition to more than one hundred articles and reviews on a range of eighteenth-century subjects, I have published two books on verbal and visual Anglophone political satire between 1660 and 1820, as well as authoritative editions of the works of Olaudah Equiano, Quobna Ottobah Cugoano, and other eighteenth-century transatlantic authors of African descent. My books include Equiano, the African: Biography of a Self-Made Man (2005), The Life and Letters of Philip Quaque The First African Anglican Missionary (2010), co-edited with Ty M. Reese, and Phillis Wheatley: Biography of a Genius in Bondage (2011). Broadview Press published in 2015 my edition of the writings of the African-British author Ignatius Sancho (1729?-1780), which includes his manuscripts recently acquired by the British Library.

My most recent book is a scholarly edition of the writings of Phillis Wheatley (Oxford University Press, 2019).

Phillis Wheatley: Biography of a Genius in Bondage

In Phillis Wheatley, Vincent Carretta offers the first full-length biography of a figure whose origins and later life have remained shadowy despite her iconic status

In Phillis Wheatley, Vincent Carretta offers the first full-length biography of a figure whose origins and later life have remained shadowy despite her iconic status.  A scholar with extensive knowledge of transatlantic literature and history, Carretta uncovers new details about Wheatley’s origins, her upbringing, and how she gained freedom. Carretta solves the mystery of John Peters, correcting the record of when he and Wheatley married and revealing what became of him after her death. Assessing Wheatley’s entire body of work, Carretta discusses the likely role she played in the production, market­ing, and distribution of her writing. Wheatley developed a remarkable transatlantic network that transcended racial, class, political, religious, and geographical boundaries. Carretta reconstructs that network and sheds new light on her religious and political identities. In the course of his research he discovered the earliest poem attributable to Wheatley and has included it and other unpublished poems in the biography.

Equiano, the African: Biography of a Self-Made Man

A controversial look at the most renowned person of African descent in the eighteenth century.

A controversial look at the most renowned person of African descent in the eighteenth century. In this widely acclaimed biography, Carretta gives us the authoritative portrait of Olaudah Equiano (c.1745-1797), the former slave whose 1789 autobiography quickly became a popular polemic against the slave trade and a literary classic. Carretta's unprecedented archival research reveals previously unknown details of Equiano's life. A masterpiece of scholarship and writerly poise, this book redefines an extraordinary man and the turbulent age that shaped him.

Unchained Voices: An Anthology of Black Authors in the English-Speaking World of the Eighteenth Century

Carretta has assembled the most comprehensive anthology ever published of writings by eighteenth-century people of African descent, capturing the surprisingly diverse experiences of blacks on both sides of the Atlantic -- America, Britain, the West Indies, and Africa -- between 1760 and 1798.

The Interesting Narrative and Other Writings, by Olaudah Equiano

The classic account of the slave trade by native Africa, former slave, and loyal British subject, Olaudah Equiano. An exciting and often terrifying adventure story, as well as an important precursor to such famous nineteenth-century slave narratives as Frederick Douglass's autobiographies, The Interesting Narrative recounts Equiano's kidnapping in Africa at the age of ten through his later life as a leading and respected figure in the antislavery movement in England. The Interesting Narrative is a work of enduring literary and historical value.

George III and the Satirists from Hogarth to Byron

King George III inherited two legacies from the restoration of the monarchy in 1660: his crown and a tradition of regal satire.

King George III inherited two legacies from the restoration of the monarchy in 1660: his crown and a tradition of regal satire. As the last British monarch who fully ruled as well as reigned and as the last king of America, George III was the target of constant satiric attacks even before he came to the throne in 1760 and for years after his death in 1820. An interdisciplinary and intercontinental study, this book examines the political satiric poetry and political graphic prints of Britain and Colonial America during the late Georgian period--a tumultuous era that witnessed the American and French revolutions, the Napoleonic wars, and the birth of the Romantic movement. Using George III as his focal point, Vincent Carretta draws on a wide range of verbal and visual sources to illuminate the development of satire from the work of Charles Churchill and William Hogarth to Lord Byron and George Cruikshank. Extending the argument from his earlier book, The Snarling Muse, which dealt with satire during the first half of the eighteenth century, Carretta demonstrates that the satiric line of descent from the early decades of the 1700s through the 1820s is much more direct than most scholars have recognized. Throughout the book, Carretta examines not only how the monarchy was reflected in satire but how satire in turn may have influenced the regal institution. In the 1790s, for example, British satirists discovered that their earlier attacks on the king for not being kingly enough had brought an unanticipated consequence: they had created the basis for the fictional commoner-king, Farmer George, which the king's supporters used with great rhetorical effectiveness against the threat of revolutionary French ideas. Enhanced by more than 160 illustrations, George III and the Satirists effectively demonstrates how a wide range of materials, verbal and visual, literary and nonliterary, can be marshaled in an interdisciplinary pursuit that crosses conventional fields and periods, repositioning artists and authors who are too often approached outside their original contexts.

Thoughts and Sentiments on the Evil of Slavery, by Quobna Ottobah Cugoano

Born in present-day Ghana, Quobna Ottobah Cugoano was kidnapped at the age of thirteen and sold into slavery by his fellow Africans in 1770; he worked in the brutal plantation chain gangs of the West Indies before being freed in England.

Born in present-day Ghana, Quobna Ottobah Cugoano was kidnapped at the age of thirteen and sold into slavery by his fellow Africans in 1770; he worked in the brutal plantation chain gangs of the West Indies before being freed in England. His Thoughts and Sentiments on the Evil of Slavery is the most direct criticism of slavery by a writer of African descent. Cugoano refutes pro-slavery arguments of the day, including slavery's supposed divine sanction; the belief that Africans gladly sold their own families into slavery; that Africans were especially suited to its rigors; and that West Indian slaves led better lives than European serfs. Exploiting his dual identity as both an African and a British citizen, Cugoano daringly asserted that all those under slavery's yoke had a moral obligation to rebel, while at the same time he appealed to white England's better self.

In 1761, a young girl arrived in Boston on a slave ship, sold to a local family, and given the name Phillis Wheatley.

In 1761, a young girl arrived in Boston on a slave ship, sold to a local family, and given the name Phillis Wheatley. Struck by Phillis' extraordinary precociousness, the Wheatleys provided her with an education that was unusual for a woman of the time and astonishing for a slave. Phillis published her first poem in 1767 at the age of 14, winning much public attention and considerable fame. This volume collects both Wheatley's letters and her poetry: hymns, elegies, translations, philosophical poems, tales, and epyllions.