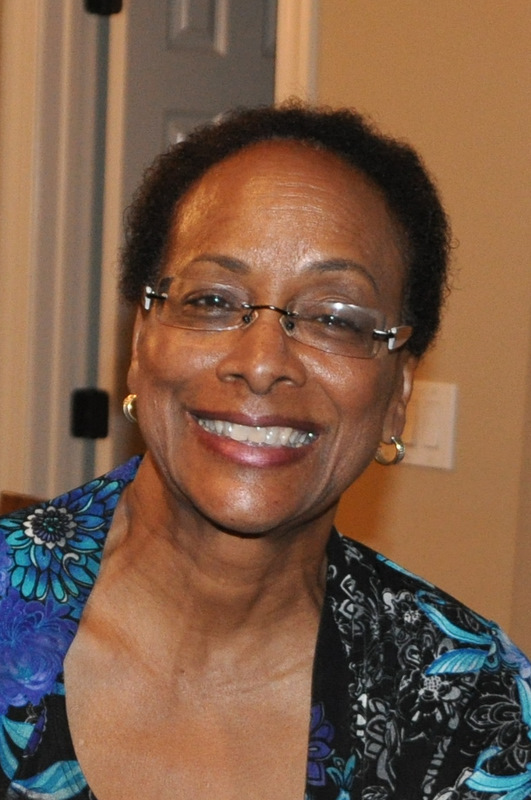 Shirley Wilson Logan is Professor of English and Past Chair of the Campus Writing Board at the University of Maryland, where she teaches graduate and undergraduate courses in writing and rhetoric. She specializes in nineteenth-century African American rhetoric, with an emphasis on women’s oral and written performances. She has published two books on this topic, With Pen and Voice: A Critical Anthology of Nineteenth-Century African American Women (1995), and “We are Coming”: The Persuasive Discourse of Nineteenth-Century Black Women (1999). Logan’s interest in rhetorical education culminated in her third book, Liberating Language: Sites of Rhetorical Education in Nineteenth-Century Black America (2008). She has published several individual essays on women from this period, including Ida Wells, Anna Julia Cooper, Victoria Matthews, and Frances Harper, as well as critical examinations of the rhetorical activities of black men and women across the nineteenth-century.

Logan has also published a number of essays on approaches to teaching writing in twentieth- and twenty-first century multilingual classrooms, including studies of the impact of rapidly evolving technologies.

Professor Logan is co-editor of the Southern Illinois University Press series Studies in Rhetorics and Feminisms. The series has published seventeen titles, over the past twelve years, of both traditional and cutting-edge scholarly works exploring relationships between rhetoric and feminism within various genres, cultural contexts, historical periods, methodologies, theoretical positions, and methods of delivery.

Professor Logan has held numerous professional positions, including chair of the Conference on College Composition and Communication and president of the Coalition of Women Scholars in the History of Rhetoric and Composition. Logan serves or has served on the editorial board of CCC, Rhetoric Review, and Legacy: A Journal of American Women Writers, and as a reader for College English, the Rhetoric Society Quarterly, JAC: A Journal of Composition Theory, and other journals. She is a member of the Board of Directors of the Rhetoric Society of America and the Advisory Committee for the MLA International Bibliography.

Professor Logan is currently co-chairing the 2014 Maryland Conference on Academic and Professional Writing, to be held October 10-11, 2014. This conference will bring to campus conferees and fifteen of the leading scholars in rhetoric and composition to examine critical issues in theory, research, and best practices in university academic and professional writing courses, especially in the context of the Common Core State Standards Initiative.

Logan is also working on a rhetorical biography of Frances Ellen Watkins Harper (1825-1911) that traces critical connections between her role as a social activist, her literary productions and rhetorical performances and her life experiences, starting with her early years in Baltimore, Maryland.

Logan identifies experiences of nineteenth-century African Americans that provided opportunities to develop effective communication and critical text-interpretation skills. Logan considers how nontraditional sites, which seldom involved formal training in rhetorical instruction, proved to be effective resources for African American advancement. Jacqueline Bacon has praised Logan's book as an "outstanding work that will make a significant contribution in the fields of rhetoric and composition."

With Pen and Voice: A Critical Anthology of Nineteenth-Century African-American Women

Here -- in the only collection of speeches by nineteenth-century African-American women -- is the battle of words these brave women waged to address the social ills of their century.

Here -- in the only collection of speeches by nineteenth-century African-American women -- is the battle of words these brave women waged to address the social ills of their century. While there have been some scattered references to the unique roles these early "race women" played in effecting social change, until now few scholars have considered the rhetorical strategies they adopted to develop their powerful arguments. In this anthology, Logan highlights the public addresses  of these women beginning with Maria W. Stewart's speech at Franklin Hall in 1832, believed to be the first delivered to an audience of men and women by an African-born woman. Introductory essays focus on each speaker's life and rhetoric, considering the ways in which these women selected evidence and adapted language to particular occasions, purposes, and audiences in order to persuade.

"We Are Coming": The Persuasive Discourse of Nineteenth-Century Black Women

Logan analyzes the distinctive rhetorical features in the persuasive discourse of nineteenth-century black women, concentrating on the public discourse of club and church women from 1880 until 1900.

Logan analyzes the distinctive rhetorical features in the persuasive discourse of nineteenth-century black women, concentrating on the public discourse of club and church women from 1880 until 1900. Logan develops each chapter in this illustrated study around a feature of public address as best exemplified in the oratory of a particular woman speaker of the era. Analyzing speeches, editorials, essays, and letters, Logan focuses on Maria Stewart, Frances Harper, Ida Wells, Fannie Barrier Williams, and Anna Cooper. The book includes an appendix with little-known speeches and essays by representative rhetoricians.