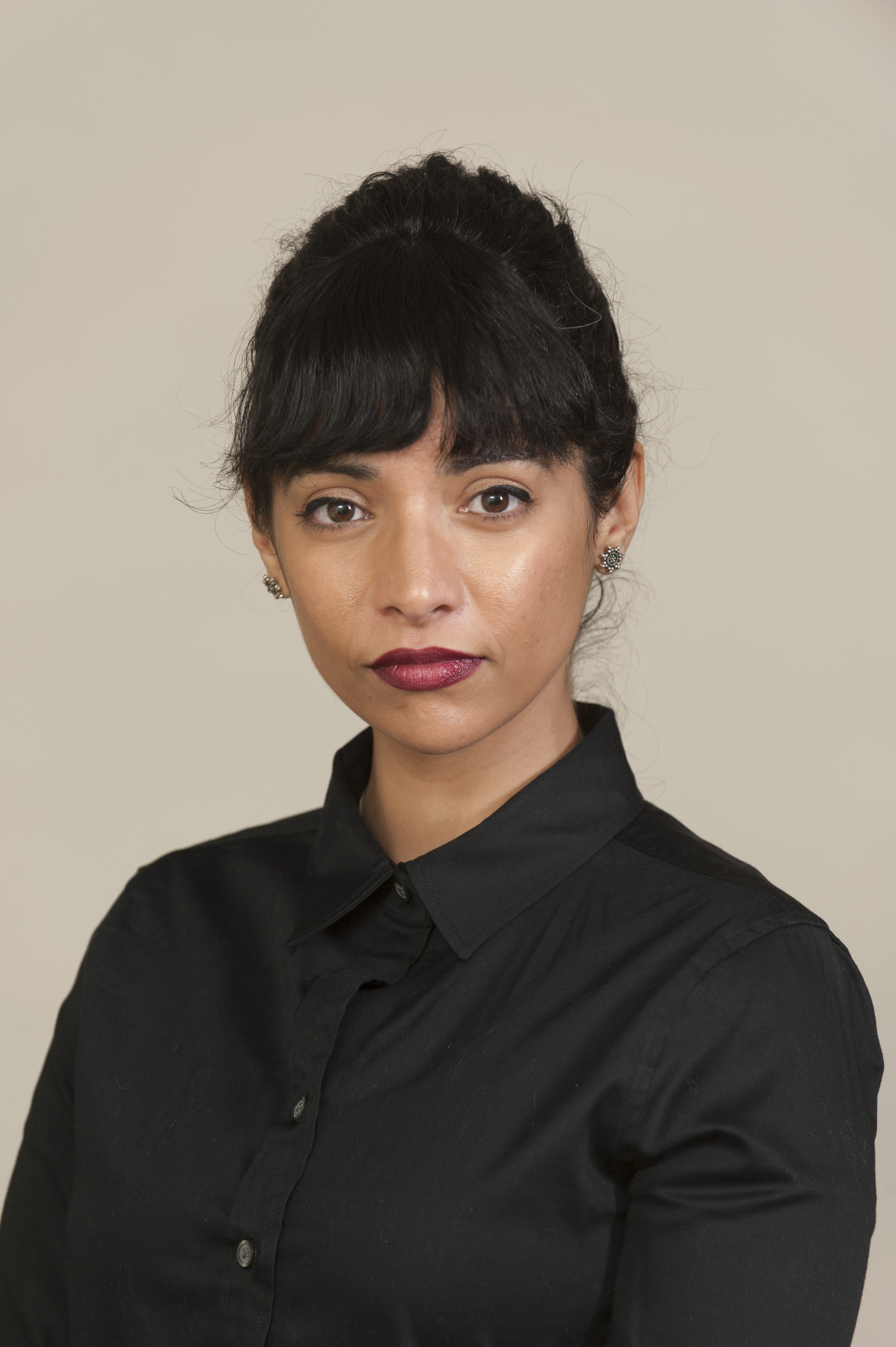 She has just completed her first book project titled, “Fugitives, Smugglers, and Thieves: Piracy and Personhood in Hemispheric American Literature” (UNC Press, 2018). “Fugitives, Smugglers, and Thieves” examines depictions of illegal trade and making them prominent in the analysis of American literature and in the construction of minoritarian racial, national, and gendered identities in the U.S. Piracy is a response to the social, political, and economic isolation endured by subjects left out in the narrow and exclusionary logics of citizenship, and is a critical strategy that women, slaves, and colonial subjects can use as a means of self-representation and self-creation through property ownership while living under a condition of erasure and abjection. The subjects under scrutiny in this book include hemispheric pirates, enslaved Black subjects in the antebellum South, Mexicans living along the U.S.-Mexico border in the years leading up to and immediately following the Mexican American War of 1848, and Confederate blockade-runners during the Civil War.

The rich archival work necessary for this research project has been supported by the American Antiquarian Society, the Cuban Heritage Collection, the Hemispheric Institute on the Americas, the Consortium for Women and Research, and the Chicana/Latina Research Center at UC Davis. She has received numerous awards including an NEH Summer Institute Fellowship, the UC MEXUS- CONACyT Doctoral Fellowship, the Marilyn Yarborough Dissertation and Teaching Fellowship at Kenyon College, the UC Davis Humanities Graduate Research Award, the UC Davis Department of English Distinguished Dissertation Fellowship, the Professors for the Future Fellowship, and the Chancellor’s Teaching Fellowship. As evidenced in her research interests, she is particularly invested in interdisciplinary and comparative approaches to teaching literature.

Her articles and reviews have appeared in Arizona Quarterly, J19: The Journal of Nineteenth-Century Americanists, Environmental Communication: A Journal of Nature and Culture, Comparative Literature Studies, MELUS, and e-misférica. She has also contributed entries to The Encyclopedia of Postcolonial Studies and the Encyclopedia of the African Diaspora: Origins, Experiences, and Culture.

She is currently at work on her next book-length monograph, which will examine narconarratives, and the international discourse on terrorism and drug prohibition in contemporary literature of the Americas.

“The Time of the Latinx Nineteenth Century.”

In its capaciousness, reorients nineteenth-century literary history toward a substantial engagement with Latinx and Latin American literary and cultural production. Consisting of 15 sections written by leading scholars in the field of nineteenth-century Latinx literary studies, the volume tackles an impressive range of nineteenth-century Latinx thinkers and texts. The essays collected here oscillate seamlessly from macro to micro scales of space, move across the long nineteenth century, and engage with an array of printed materials of the Latinx nineteenth century. This volume is about multiplicity: from Jessie Alemán’s Philadelphia to Juan Poblete’s essay on the close ties between California and Chile in the nineteenth century; from the instances of failed immigration outlined by Robert McKee Irwin to Kirsten Silva Gruesz’s migratory “errancy”; from José Aranda’s essay on Mexican American modernity to Marissa Lopez’s argument about Latino dismodernity. Ultimately, the editors and contributors reveal the numerous nineteenth centuries across the hemisphere, and help us imagine the intersections of US literary history and Latinx studies in the nineteenth century.

"Black Markets" posit that the piratic, which refers broadly to possessory acts that exist outside the law.

It constitutes both a poetics and a model for understanding how persons who have been left outside the restrictive and exclusive categories of citizen resist the regulatory powers of and demand redress from the liberal state. More specifically, "Black Markets" turns to John Brougham's burlesque Columbus, El Filibustero! and Eligio Ancona's El Filibustero: Novela Historica, texts that center on pirates and piracy, to signal the importance of the piratic in the creation of exceptional American property regimes. The language of piracy, in other words, permeates the play as colonization is reduced to low-investment/high-yield marketing, at best, and get-rich-quick schemes, at worst. The piratic serves as a model for understanding why certain forms of unlawful property ownership can become the vehicle for personhood and representation.

Fugitives, Smugglers, and Thieves: Piracy and Personhood in American Literature

In this book, Sharada Balachandran Orihuela examines property ownership and its connections to citizenship, race and slavery, and piracy as seen through the lens of eighteenth- and nineteenth-century American literature.

In this book, Sharada Balachandran Orihuela examines property ownership and its connections to citizenship, race and slavery, and piracy as seen through the lens of eighteenth- and nineteenth-century American literature. Balachandran Orihuela defines piracy expansively, from the familiar concept of nautical pirates and robbery in international waters to postrevolutionary counterfeiting, transnational slave escape, and the illegal trade of cotton across the Americas during the Civil War. Weaving together close readings of American, Chicano, and African American literature with political theory, the author shows that piracy, when represented through literature, has imagined more inclusive and democratic communities than were then possible in reality. The author shows that these subjects are not taking part in unlawful acts only for economic gain. Rather, Balachandran Orihuela argues that piracy might, surprisingly, have served as a public good, representing a form of transnational belonging that transcends membership in any one nation-state while also functioning as a surrogate to citizenship through the ownership of property. These transnational and transactional forms of social and economic life allow for a better understanding of the foundational importance of property ownership and its role in the creation of citizenship.

“Maria’s Rebellion: Gayl Jones’s Mosquito and the Problem of Recognition.”

This essay proposes a hermeneutic of critical invisibility, borrowed from the politics of silence in African American and Latin American cultural studies, to offer a revisionary account of recognition.

Rather than a condition to which to aspire, the undocumented immigrant demonstrates what can be gained by remaining in the shadows of recognition. Using Mosquito's attention to interethnic coalition building between African Americans and Latinos both in the U.S. and abroad, this paper proposes that we read the novel for what it might say about the failures, and not the promises, of recognition for these populations. In so doing, I extend the project of looking to African American literature as a necessary and valuable source for powerful and enduring representations of immigration, as well as critiques of the methods and objectives of immigrant rights movements.

Fugitives, Smugglers, and Thieves: Piracy and Personhood in American Literature

Sharada Balachandran Orihuela examines property ownership and its connections to citizenship, race and slavery, and piracy as seen through the lens of eighteenth- and nineteenth-century American literature.

Balachandran Orihuela defines piracy expansively, from the familiar concept of nautical pirates and robbery in international waters to postrevolutionary counterfeiting, transnational slave escape, and the illegal trade of cotton across the Americas during the Civil War. Weaving together close readings of American, Chicano, and African American literature with political theory, the author shows that piracy, when represented through literature, has imagined more inclusive and democratic communities than were then possible in reality.

“The Black Market: Property, Freedom, and Piracy in Martin Delany’s Blake, Or the Huts of America.”

The Black Market: Property, Freedom, and Piracy in Martin Delany’s Blake; or, The Huts of America” examines varied forms of social and political life made possible through an economic framework of piracy.

Recognizing that the hemispheric slave trade is a piratical act in the context of the novel, I propose that Delany suggests that slaves too should engage in piracy as a response to the illegal commercial activities undergirding the peculiar institution. In the novel, Blake’s act of piracy exists both at the register of the material theft of property and at the level of the symbolic restructuring of social and political order. By exploring the economic impact of Blake as pirate, Delany presents a form of Black participation in the market that disrupts the proper operations of exchange and doubly creates a Black market. Read alongside the significant historical events of the mid-nineteenth century, Blake helps frame my interest in the intersections of economic freedom and liberal principles as they come to bear on the enslaved Black subject. This mode of analysis reinvigorates of the interplay between economics and literature, forcing us to engage with analyses of power that account for commercial subjectivities emerging in the context of slavery in the Americas, and surfaces the overlooked processes of illegal exchange in the novel.

The use of this critical term was popularized by Antonio Gramsci. Violence does not fall away under hegemony, but rather coexists with other nonviolent forms of domination. Culture is integral to the replication of power under the Gramscian model of hegemony. Furthermore, hegemony is not purely coercive but, rather, depends on consent for replication. A range of Marxist and postcolonial critics in the South Asian and Latin American contexts took up this term in the late twentieth century. These critics include Raymond Williams, Edward Said, Ranajit Guha, Néstor García Canclini, the Subaltern Studies Group, and, later, the Latin American Subaltern Studies Group.