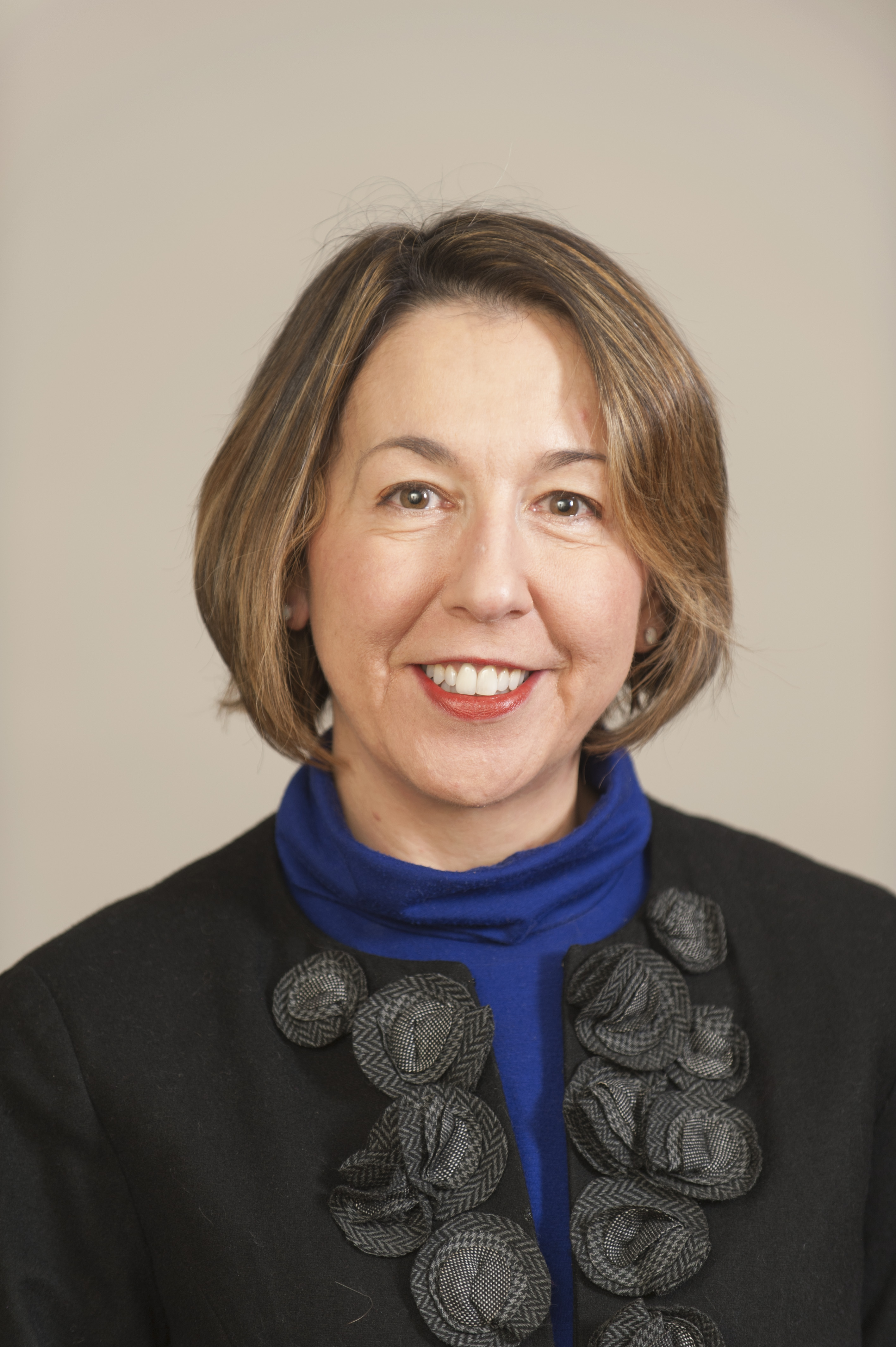 Laura J. Rosenthal is the author of Infamous Commerce: Prostitution in Eighteenth-Century Literature and Culture (Cornell, 2006), which shows how representations of sex work reveal as much about work as they do about sex in novels (Defoe, Richardson, Fielding); scandal narratives (whore biographies, pornography); travel narratives; and reformist writing. She is also author of Playwrights and Plagiarists in Early Modern Drama: Gender, Authorship, Literature Property (Cornell, 1996); editor of Nightwalkers: Prostitute Narratives from the Eighteenth Century (Broadview, 2008); and co-editor (with Donna Heiland) of Literary Study, Measurement, and the Sublime: Disciplinary Assessment (Teagle Foundation, 2011) and (with Mita Choudhury) of Monstrous Dreams of Reason: Body, Self, and Other in the Enlightenment (Bucknell, 2002). She won a Newberry/British Academy Award for Research in Great Britain; the Monticello College Foundation Fellowship for study at the Newberry Library; an NEH Summer Award; and a Folger Shakespeare Library Short-Term Fellowship. She has recently served as the ADVANCE Professor for the College of Arts and Humanities.  She is currently completing a project on theater and cosmopolitanism, 1660-1760.  Professor Rosenthal also serves as the Director for Faculty Leadership in the Office of Faculty Affairs and as editor of the journal Restoration.

She develops and directs programs to support faculty careers and leadership skills. She also develops and disseminates information about effective practices in leadership and career development for an excellent and diverse faculty. The programs she coordinates include: the Big Ten Academic Leadership Program; the Big Ten Department Executive Officer Program; Faculty Forums; Chair Workshops; Orientation and Follow-up Seminars; Faculty Writing and Productivity Groups; The Future of Higher Education Reading Group. She works in partnership with Teaching and Learning Transformation Center, the Office of Diversity and Inclusion, the Graduate School, the University of Maryland Emerita and Emeritus Association and others to foster integrative faculty support initiatives.

The College of Arts and Humanities honors its faculty, staff and students who have demonstrated excellence through their service to their departments, the college and the university.

Ways of the World: Theater and Cosmopolitanism in the Restoration and Beyond

Ways of the World explores cosmopolitanism as it emerged during the Restoration and the role theater played in both memorializing and satirizing its implications and consequences. 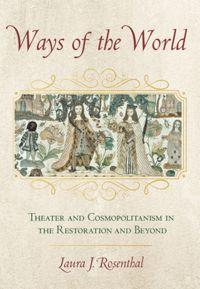 Rooted in the Stuart ambition to raise the status of England through two crucial investments—global traffic, including the slave trade, and cultural sophistication—this intensified global orientation led to the creation of global mercantile networks and to the rise of an urban British elite who drank Ethiopian coffee out of Asian porcelain at Ottoman-inspired coffeehouses. Restoration drama exposed cosmopolitanism's most embarrassing and troubling aspects, with such writers as Joseph Addison, Aphra Behn, John Dryden, and William Wycherley dramatizing the emotional and ethical dilemmas that imperial and commercial expansion brought to light.

Altering standard narratives about Restoration drama, Laura J. Rosenthal shows how the reinvention of theater in this period—including technical innovations and the introduction of female performers—helped make possible performances that held the actions of the nation up for scrutiny, simultaneously indulging and ridiculing the violence and exploitation being perpetuated. In doing so, Ways of the World reveals an otherwise elusive consistency between Restoration genres (comedy, tragedy, heroic plays, and tragicomedy), disrupts conventional understandings of the rise and reception of early capitalism, and offers a fresh perspective on theatrical culture in the context of the shifting political realities of seventeenth- and eighteenth-century Britain.

This volume engages with the perspective of literary study, with essays by education leaders, faculty from English and foreign language departments, and assessment experts that offer a wide range of perspectives.

What happens when the disciplines make themselves heard in the discussions of learning outcomes assessment that are ubiquitous in higher education today? What do disciplinary perspectives and methodologies have to bring to the table? This volume engages these questions from the perspective of literary study, with essays by education leaders, faculty from English and foreign language departments, and assessment experts that offer a wide range of perspectives. Together, these essays take a pulse of a discipline. They explore what is at stake in the work of assessment in the literature classroom, what we stand to gain, what we fear to lose, and whether current assessment methods can even capture the outcomes we care about most: the complex, subtle, seemingly ineffable heart of learning. They also implicitly invite teachers and scholars in other disciplines to come to the table, and carry the discussion further.

This anthology makes available for the first time a selection of narratives by and about prostitutes in the eighteenth century.

This anthology makes available for the first time a selection of narratives by and about prostitutes in the eighteenth century. These memoirs, some written by and some about eighteenth-century prostitutes, off important insights into female experience and class and gender roles in the period. Portraying the lives of women in both success and hardship, written in voices from repentant to bawdy, the memoirs show the complexity of the lives of the "nightwalkers."

Rosenthal uses literature to explore the meaning of prostitution from the Restoration through the eighteenth century, showing how both reformers and libertines constructed the modern meaning of sex work during this period.

Rosenthal uses literature to explore the meaning of prostitution from the Restoration through the eighteenth century, showing how both reformers and libertines constructed the modern meaning of sex work during this period. From Grub Street's lurid "whore biographies" to the period's most acclaimed novels, the prostitute was depicted as facing a choice between abject poverty and some form of sex work. Prostitution, in Rosenthal's view, confronted the core controversies of eighteenth century capitalism: luxury, desire, global trade, commodification, social mobility, gender identity, imperialism, self-ownership, alienation, and even the nature of work itself.

Monstrous Dreams of Reason: Body, Self, and Other in the Enlightenment

Monstrous Dreams of Reason explores of the most enduring and intriguing paradoxes of the British Enlightenment: how reason gives rise to both the beneficial and the monstrous.

Monstrous Dreams of Reason explores of the most enduring and intriguing paradoxes of the British Enlightenment: how reason gives rise to both the beneficial and the monstrous. This collection of essays explores the conflicts sparked by the extraordinary range of new ideas and material possibilities in the eighteenth-century British Empire, reading the Enlightenment less a set of axioms then as a variety of cultural and ideological formations. The essays explore a wide range of texts to demonstrate how profoundly eighteenth-century formulations of gender, race, class, and sexuality set the terms for debates in the centuries that followed.

Passage of the first copywright law in 1710 marked a radical change in the perception of authorship.

Passage of the first copywright law in 1710 marked a radical change in the perception of authorship. According to Laura J. Rosenthal, the new construction of the author as the owner of literary property bore different consequences for women than for men, for amateurs than for professionals, and for playwrights than for other authors. Rosenthal explores distinctions between legitimate and illegitimate forms of literary appropriation in drama from 1650 to 1730. In considering the alleged plagiarists Margaret Cavendish, Aphra Behn, John Dryden, Colley Cibber, and Susanna Centlivre, Rosenthal maintains that accusations had less to do with the degree of repetition in texts than with the gender of the authors and the cultural location of the plays. Questions of literary property, then, became not just legal matters but part of a discourse aimed at conferring or withholding cultural authority.