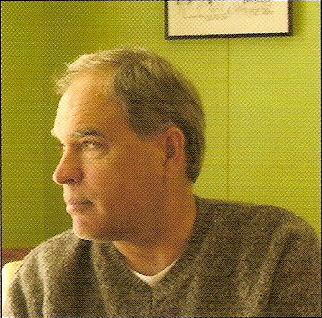 David Wyatt teaches and writes about twentieth-century American literature, although he sometimes strays across the Atlantic to do essays about Shakespeare or Galsworthy. Born and raised in California, he has also published two books about the history and literature of his native state, The Fall into Eden: Landscape and Imagination in California, and Five Fires: Race, Catastrophe, and the Shaping of California.

In 2010, Wyatt published Secret Histories: Reading Twentieth-Century American Literature. When America Turned: Reckoning with 1968, a book reflecting his ongoing interest in the fate of the Sixties generation, was brought out in 2014. Hemingway, Style, and the Art of Emotion appeared in 2015. Wyatt is currently at work on a memoir called "The Passenger Side.” This project extends the work begun in And the War Came: An Accidental Memoir, published in 2004.

In 2018, Wyatt published an edited volume in a new series from Cambridge. The volume was called American Literature in Transition: 1960-1970 and contained essays by twenty-three different hands. contributiosnfrom twenty-three scholars entit

In 1999, Wyatt was named a University of Maryland Distinguished Scholar-Teacher.

"More Time: Reading Hemingway's Across the River and into the Trees"

Across the River and Into the Trees consists of two swerves: away from the opening duck shoot in chapter 1, and into an art of expressed emotion.

Had Hemingway continued with the narrative of the duck shoot—the novel returns to it in chapter 40—the Colonel would soon be dead, and a novel would have contracted into a short story. Faced with a character’s bad heart (the Colonel finesses a check-up in chapter 2), Hemingway adopts a digressive form. During the swerve into Venice, the Colonel is then allowed to engage in “acts of presence”—looking, eating, making love, and above all talking, especially to himself. In In Our Time, such talk had been deemed “mental conversation,” and Hemingway cut it out. In Across the River, as Hemingway dives deep into the inner voice, he completes his movement away from an art of omission even as he continues to display his skill in the management of narrative time.

"Robert Frost and the Work of Retelling"

Despite subsequent interventions by readers as “strenuous”—it is Poirier’s word—as William Pritchard, Katherine Kearns, and Mark Richardson, the assumption persists.

That a modern poet ought to be difficult, and that Frost’s poems are not, remains a predisposition that many readers of Frost, if I may judge at least from the behavior of my students, continue to bring to the page.

When America Turned: Reckoning With 1968

Much has been written about the seismic shifts in American culture and politics during the 1960s. Yet for all the analysis of that turbulent era, its legacy remains unclear.

Much has been written about the seismic shifts in American culture and politics during the 1960s. Yet for all the analysis of that turbulent era, its legacy remains unclear. In this elegantly written book, David Wyatt offers a fresh perspective on the decade by focusing on the pivotal year of 1968. He takes as his point of departure the testimony delivered by returning veteran John Kerry before the Senate Armed Services Committee in 1971, as he imagined a time in the future when the word “Vietnam” would mean “the place where America finally turned.” But turning from what, to what—and for better or for worse?

Wyatt explores these questions as he retraces the decisive moments of 1968—the Tet Offensive, the McCarthy campaign, the assassinations of Martin Luther King Jr. and Robert Kennedy, the student revolt at Columbia, the “police riot” at the Democratic Convention in Chicago, Lyndon Johnson’s capitulation, and Richard Nixon’s ascendency to power. Seeking to recover the emotions surrounding these events as well as analyze their significance, Wyatt draws on the insights of what Michael Herr has called “straight” and “secret” histories. The first category consists of work by professional historians, traditional journalists, public figures, and political operatives, while the second includes the writings of novelists, poets, New Journalists, and memoirists.

The aim of this parallel approach is to uncover two kinds of truth: a “scholarly truth” grounded in the documented past and an “imaginative truth” that occupies the more ambiguous realm of meaning. Only by reckoning with both, Wyatt believes, can Americans come to understand the true legacy of the 1960s.

Secret Histories claims that the history of the nation is hidden -- in plain sight -- within the pages of twentieth-century American literature.

Secret Histories claims that the history of the nation is hidden -- in plain sight -- within the pages of twentieth-century American literature. David Wyatt argues that the nation's fiction and nonfiction expose a "secret history" that cuts beneath the "straight histories" of our official accounts. And it does so by revealing personal stories of love, work, family, war, and interracial romance as they were lived out across the decades of the twentieth century.

Wyatt reads authors both familiar and neglected, examining "double consciousness" in the post--Civil War era through works by Charles W. Chesnutt, W. E. B. Du Bois, and Booker T. Washington. He reveals aspects of the Depression in the fiction of F. Scott Fitzgerald, Anzia Yezierska, and John Steinbeck. Period by period, Wyatt's nuanced readings recover the felt sense of life as it was lived, opening surprising dimensions of the critical issues of a given time. The rise of the women's movement, for example, is revivified in new appraisals of works by Eudora Welty, Ann Petry, and Mary McCarthy.

Running through the examination of individual works and times is Wyatt's argument about reading itself. Reading is not a passive activity but an empathetic act of cocreation, what Faulkner calls "overpassing to love." Empathetic reading recognizes and relives the emotional, cultural, and political dimensions of an individual and collective past. And discovering a usable American past, as Wyatt shows, enables us to confront the urgencies of our present moment.

Upton Sinclair's Oil! (1927) begins as a dream of speed. Sinclair calls his opening chapter “The Ride” and bases it on a trip he and his wife Craig took with a big oilman who wanted to buy two lots they owned on Signal Hill, near Long Beach.

He “asked us to come and look at a ranch he offered in exchange,” Craig writes in Southern Belle (1957). “So we let him drive us in a big fast car, breaking all the speed laws.” The property they saw that day would become the Watkins Ranch in San Elido, the site of Dad's big strike in Oil! and a place that would stimulate in Sinclair a prescient depiction of the soon-to-be-developed oil field near Bakersfield at Kettleman Hills. “The road ran, smooth and flawless,” Oil! begins, “precisely fourteen feet wide, the edges trimmed as if by shears, a ribbon of grey concrete, rolled out over the valley by a giant hand. The ground went in long waves, a slow ascent and then a sudden dip; you climbed, and went swiftly over - but you had no fear, for you knew the magic ribbon would be there, clear of obstructions, unmarred by bump or scar, waiting the passage of inflated rubber wheels revolving seven times a second.” / Thrown into “a storm of motion,” Sinclair's reader can only come along for the ride. Like Dad, his “business is with the things that lie before” him, “and the past is past.” As impatient a driver as he is deliberate a businessman, Dad wants “a speed law turned inside out,” and dreams of a California where it will one day be illegal, on such roads, to drive less than forty miles an hour. “You were racing with the other people, who were always threatening to get your oil.”

A number of our most venerable writers have been drawn in; we have September 11 novels by John Updike, Philip Roth, Ward Just, Reynolds Price, Thomas Pynchon, and Don DeLillo.

From across the Atlantic, Ian McEwan weighed in with Saturday. There were movies by Spike Lee, Oliver Stone, and Steven Spielberg. In popular music, Bruce Springsteen led off with The Rising, David Bowie followed with Reality, and Leonard Cohen and Neil Young gave us “On that Day” and “Let’s Roll.” Robert Haas offered a burned-out pastoral in the 2005 “Bush’s War,” while Frank Bidart, Jorie Graham, C. K. Williams, Tom Sleigh, and Josh Weiner also turned to poetic form as the necessary and appropriate record of a war.

And the War Came: An Accidental Memoir

On the day of the September 11 terrorist attacks, a man begins writing down things said by his family and friends.

On the day of the September 11 terrorist attacks, a man begins writing down things said by his family and friends. This elegantly understated memoir explores how the events of September 11 affected one family. It records thoughts, feelings, and interactions as David Wyatt reflects on his own emotions and those around him that unforgettable autumn.

Five Fires: Race, Catastrophe, and the Shaping of California

In this wholly original study, Wyatt uses the metaphor of fire to tell the story of California.

In this wholly original study, Wyatt uses the metaphor of fire to tell the story of California. Wyatt focuses on this catastrophic history of his native state on five events of social combustion and tangible fire that swept through California, altering its physical and political landscape and the way both were represented in art and literature. Wyatt begins with the accidental importation and spread of the wild oat in the 1770s, a process that had its human parallel in the Spanish invaders. He then explores the impact of four other significant events: the Gold Rush, the 1906 earthquake and fire, and the post-World War II defense-industry boom, and the fire of race that erupted in Watts in 1965. From the the journals of a Gold Camp mineress to Amy Tan's novels, from Ansel Adams's photography to Roman Polanski's films, Wyatt brings into dialogue a wide range of powerful, moving voices.