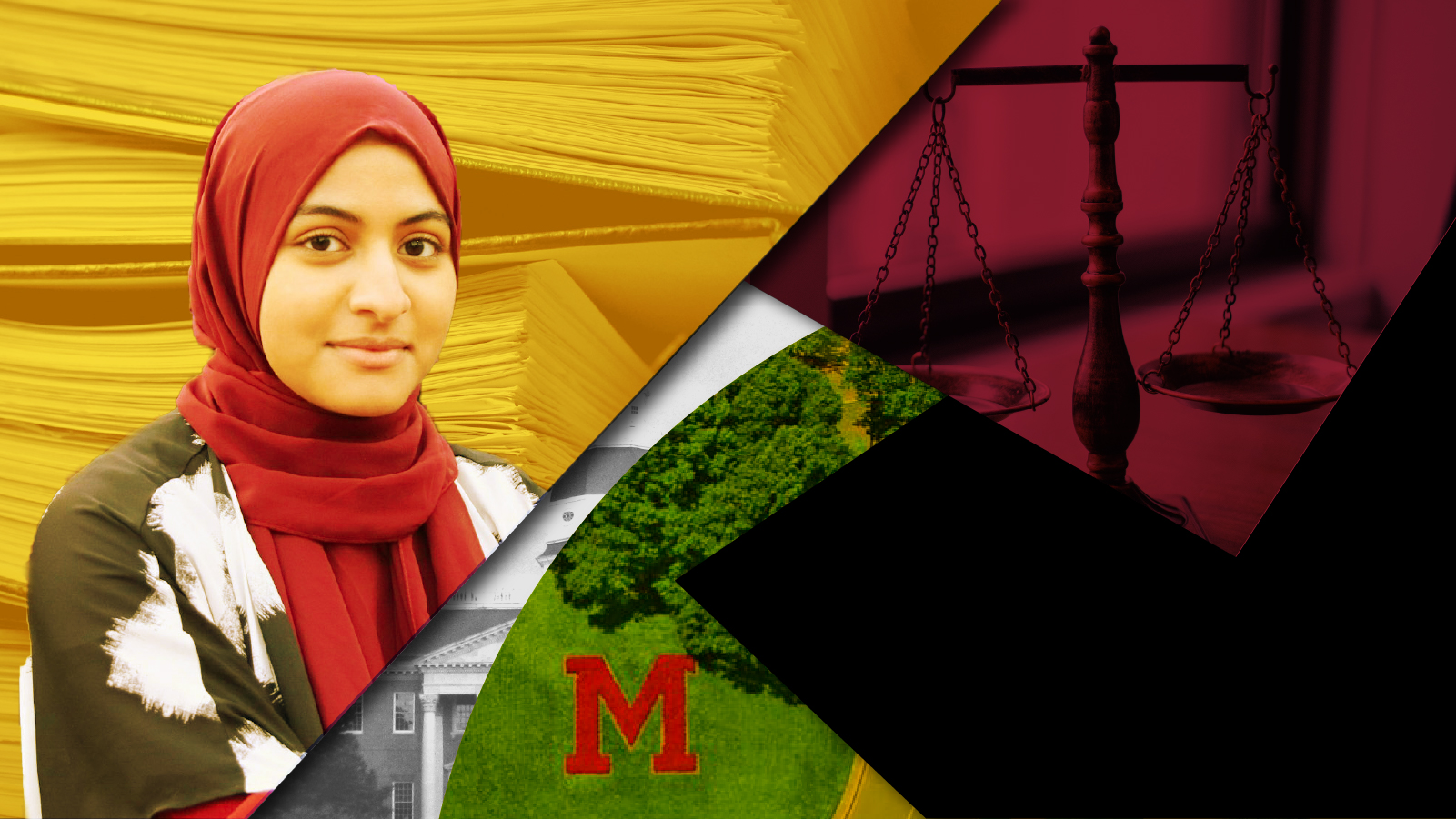 An internship at the Maryland General Assembly is helping English major Sumayyah Ghori ’21 prepare for a future in law.

When Maryland state Delegate David Moon decided to take up the issue of police body-worn cameras in the state legislature, Sumayyah Ghori ’21 got to work. The senior English and psychology double major, who is currently an intern in Moon’s office at the Maryland General Assembly, began researching the capabilities of all the body-worn cameras currently in use across the state—making calls to police departments and camera companies and doing extensive online research on the technology.

Thanks in part to her research, the “Police body-worn camera capabilities bill” would require cameras used by law enforcement across the state to automatically record and save two minutes—versus the current 30 seconds—of audio and video footage immediately prior to an officer activating the record button on the device. The bill recently passed its first hearing in the House and is now in committee.

“When I started this internship, I didn’t know just how much the work I would do as an intern could directly affect legislation—it can really make or break a bill,” Ghori said. “It’s great to work on things that really do have impacts.”

Ghori, who grew up in Beltsville and was the valedictorian of High Point High School, entered the University of Maryland as a biology major. But she soon found herself drawn to courses that involve writing, reading and analysis. So last year, she decided to switch her major to English. Soon after, she added a psychology double major. She sees both subjects as complementary.

“The similarities lie in the fact that both majors are heavily research and analysis-based, and I often see myself using skills from one in the other,” she said.

Last year, an advisor in the Department of English introduced Ghori to the Maryland General Assembly (MGA) Program, which places up to 15 UMD English students per year in an internship with legislators in Annapolis during the 90-day spring legislative session, which begins in early January and ends in early April. Students prepare for the internship in the fall semester through a writing seminar, where they practice by crafting policy memos, constituent letters, bill analyses and more.

Ghori was accepted to the MGA program last spring and placed with Moon, whose progressive ideas and previous work as a criminal justice lawyer aligns closely with her interests.

Though the pandemic has made it impossible for interns to work in Annapolis, Ghori is completing the internship virtually. Over 16 hours per week, she conducts research on legislation, writes letters to constituents and drafts hearing preparation documents for Moon.

She’s worked on a range of issues, including unemployment insurance during the pandemic, foster care waivers for undocumented students and healthcare costs.

“Even though things are different with COVID, I am learning a lot,” she said. “It is really meaningful to get to correspond with people about their lives and to work on legislation that seeks to make change.”

Ghori is also a teaching assistant for Assistant Professor of English Melanie Kill’s “Digital Rhetorics” course and for Psychology Lecturer Tracy Tomlinson’s “Research Methods in Psychology Laboratory.” And she stays busy outside of UMD, too. On the weekends, she works as the program director of the Al-Hidayah Academy and Muslim Community Center Weekend School, a program which teaches adults how to read Arabic and recite the Quran in Arabic. She also founded and single handedly runs a successful dessert business, Sugar and Spice by Sum, that provides custom desserts, including wedding and birthday cakes, cupcakes and cake pops. And she works at a horse farm.

“I like to feel productive,” she said, adding that she makes weekly and daily schedules to stay on track with all her responsibilities.

After graduation in the fall, Ghori plans to work abroad through a fellowship or at a publishing company. Then she hopes to go to law school and eventually work in criminal justice reform. She knows that the experience she’s gained in her internship, and the analytical, research and writing skills she’s cultivated studying English, have prepared her well.

“I think to me being an English major is all about figuring out how to figure things out,” she said. “Analyzing, research, exploring, digging deep… I know that will serve me well no matter what I do in the future.”