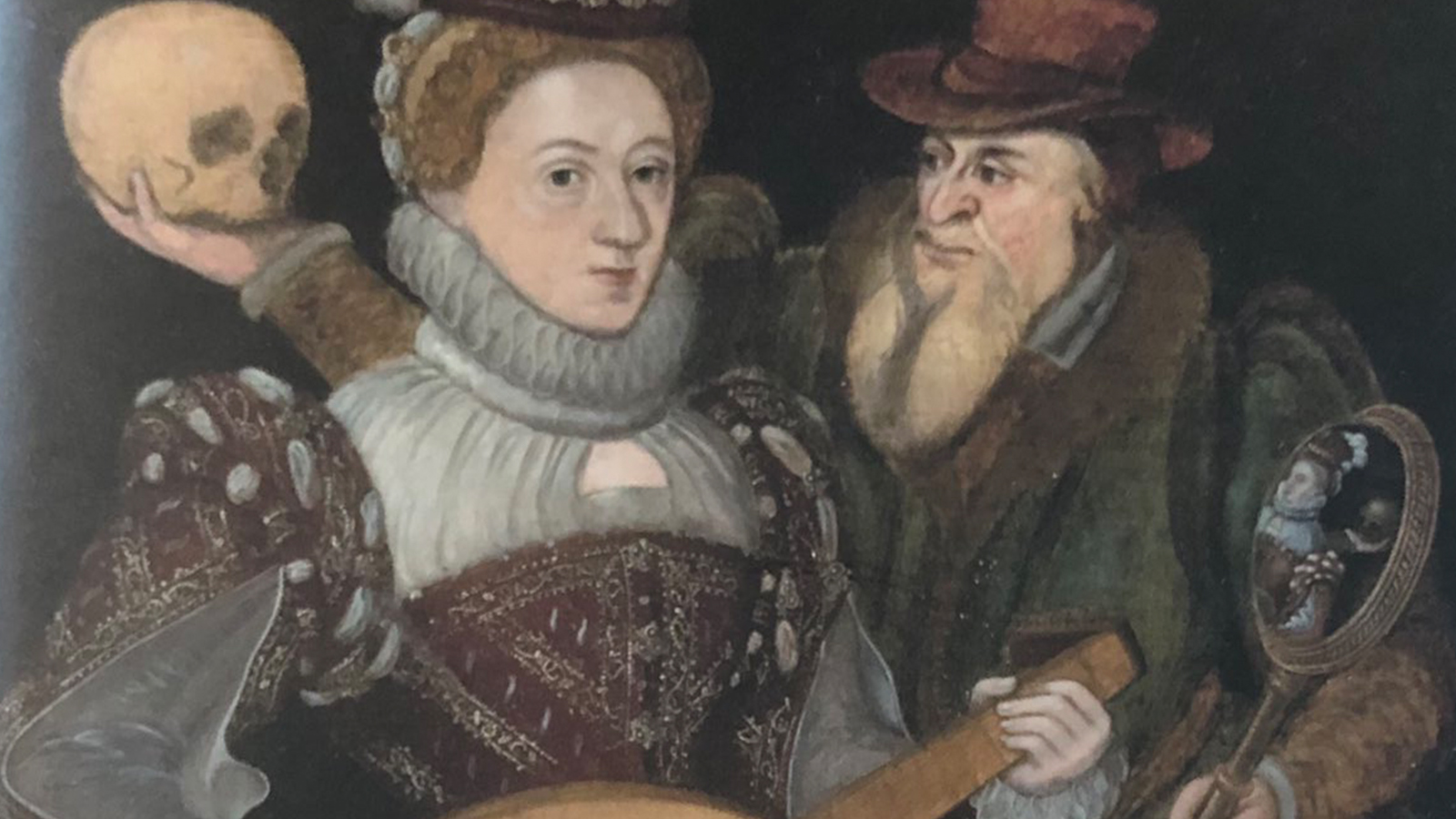 Trudell's monograph has been chosen as the recipient of the 2020 Bainton Prize for Literature by the Sixteenth Century Society & Conference.

Professor Scott Trudell's monograph Unwritten Poetry: Song, Performance, and Media in Early Modern England Unwritten Poetry has been chosen as the recipient of the 2020 Bainton Prize for Literature by the Sixteenth Century Society & Conference.

The Roland H. Bainton Book Prizes are named in honor of one of the most irenic church historians of the twentieth century. Roland H. Bainton was professor of church history at the seminary of Yale University for many years, the advisor of many Ph.D. students, the author of over a dozen important books, and an ardent supporter of early modern studies. Four prizes are awarded yearly by the Sixteenth Century Society & Conference for the best books written in English dealing with four categories within the time frame of 1450–1660: Art and Music History, History and Theology, Literature, and Reference Works. The criteria for selection are (1) quality and originality of research; (2) methodological skill and/or innovation; (3) development of fresh and stimulating interpretations or insights; (4) literary quality.

The prize committee said the following about the book:

"Unwritten Poetry is grounded in a dialectic between an understanding of song as immaterial or evanescent sounds that are transmitted in air (which gives us the early modern word for a song accompanied by a lute, “ayre”) and the physical embodiment of that song in performance, both as it is generated in the singer’s body and found in the material source or record of the song, either in manuscript or print. It unpacks and explores this dialectical relationship through an analysis of the public cultures of print and the commercial theatre, as well as private sites of cultural literary and dramatic production. Juxtaposing such canonical figures as Sir Philip Sidney, Ben Jonson, William Shakespeare, and John Milton, against unknown or anonymous child players and female domestic performers, it seeks to generate a broader definition of media studies that responds to and accurately reflects the early modern culture in which music and poetry were produced and circulated. Accounts of printed songs performed, and of song performances recorded in print, draw upon contemporary theoretical media studies to inform the book's analysis of the interrelationship of poetic practice and circulation, and vocal performance in the early modern period."

"Unwritten Poetry makes a sophisticated argument about early modern song as an ongoing conversation that takes place between the material source, or record, of a musical performance of a literary or poetic text, either in manuscript or print, and the evanescence of songs as they are performed, which are themselves grounded in a lived and collaborative community of performers, or in the physical body, with all its vulnerabilities, of the performer. Its methodology is impressively capacious and multifaceted, moving between contemporary media theory, history of the book as well as music history, and close readings of individual texts. It displays a close attentiveness to the lived physical realities of the human body, in all of its frailties, limitations, and challenges, while, at the same time, remaining sensitive to and aware of the realm of the spirit, to musical harmony, to which song reaches. This book offers a powerful and original rethinking of early modern poetic and dramatic culture as a movement between and among the material text, the performer’s body, and the “unwritten and reimagined” realm of song."