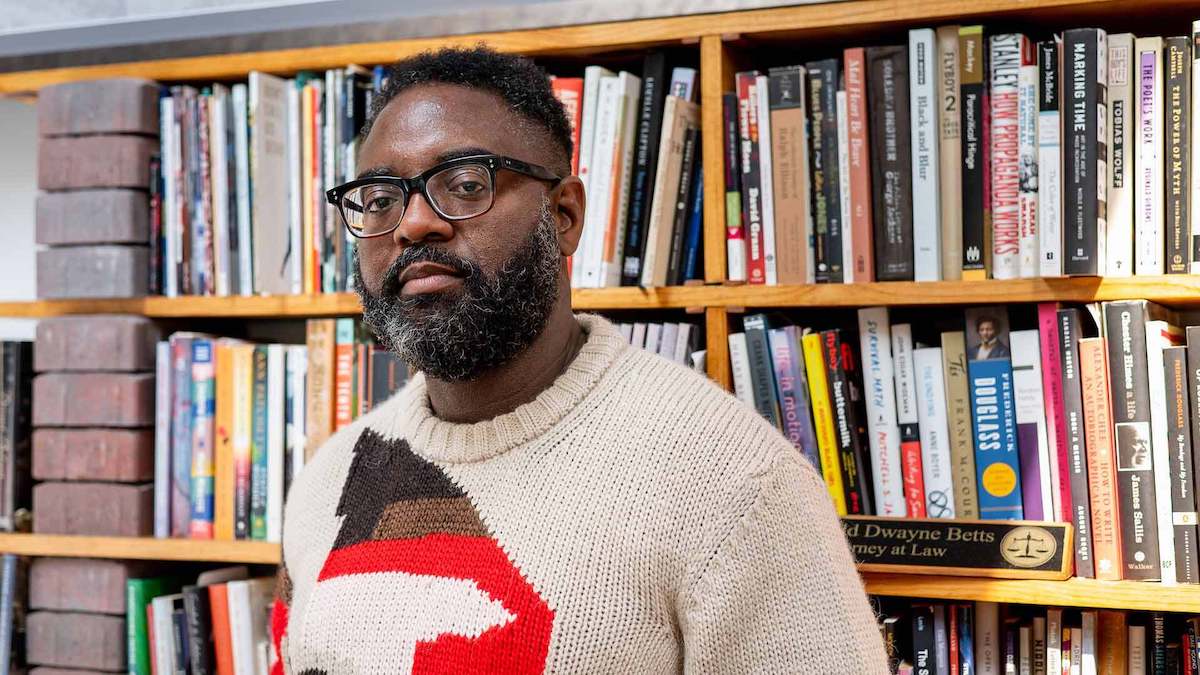 A University of Maryland graduate whose imprisonment as a teen inspired his career as a nationally recognized poet and lawyer advocating for incarcerated individuals was awarded a 2021 MacArthur Foundation fellowship, commonly referred to as the “genius grant.”

Reginald Dwayne Betts ’09 was among 25 scientists, artists, activists and scholars announced today as recipients of the no-strings-attached $625,000 award. It honors individuals with exceptional talent, creativity and self-motivation, and encourages them to pursue their creative efforts with the goal of improving the human condition.

A Prince George’s County native, Betts was 16 when he was arrested and convicted of armed carjacking. He spent the next nine years in prison, including a year and a half in solitary confinement. It was there that Betts learned to love reading and began expressing his feelings in poetry.

He returned home to enroll in community college, then graduated with an English degree from UMD, an MFA from Warren Wilson College, and a juris doctor from Yale Law School. He is now pursuing his doctorate in law there.

Betts’ books include his memoir, “A Question of Freedom: A Memoir of Learning, Survival, and Coming of Age in Prison,” and the acclaimed poetry collections “Bastards of the Reagan Era,” “Shahid Reads His Own Palm” and most recently, “Felon.” He has been awarded Guggenheim and National Endowment for the Arts fellowships and won a 2019 National Magazine Award for his New York Times essay, “Getting Out.” In 2019, he also collaborated with artist Titus Kaphar on “Redaction,” an exhibition in New York City’s Museum of Modern Art that combined poetry and etched portraits to examine the issue of money bail.

A sought-after speaker, he addressed the UMD campus for the first time at his 2009 commencement ceremony, and most recently at a Grand Challenges Presidential Forum last fall.

President Barack Obama in 2012 appointed Betts to the Coordinating Council on Juvenile Justice and Delinquency Prevention, and Connecticut Gov. Ned Lamont appointed him in 2019 to the state’s Criminal Justice Commission. Among Betts’ greatest accomplishments, he has said, is helping three men he served time with get released from prison.