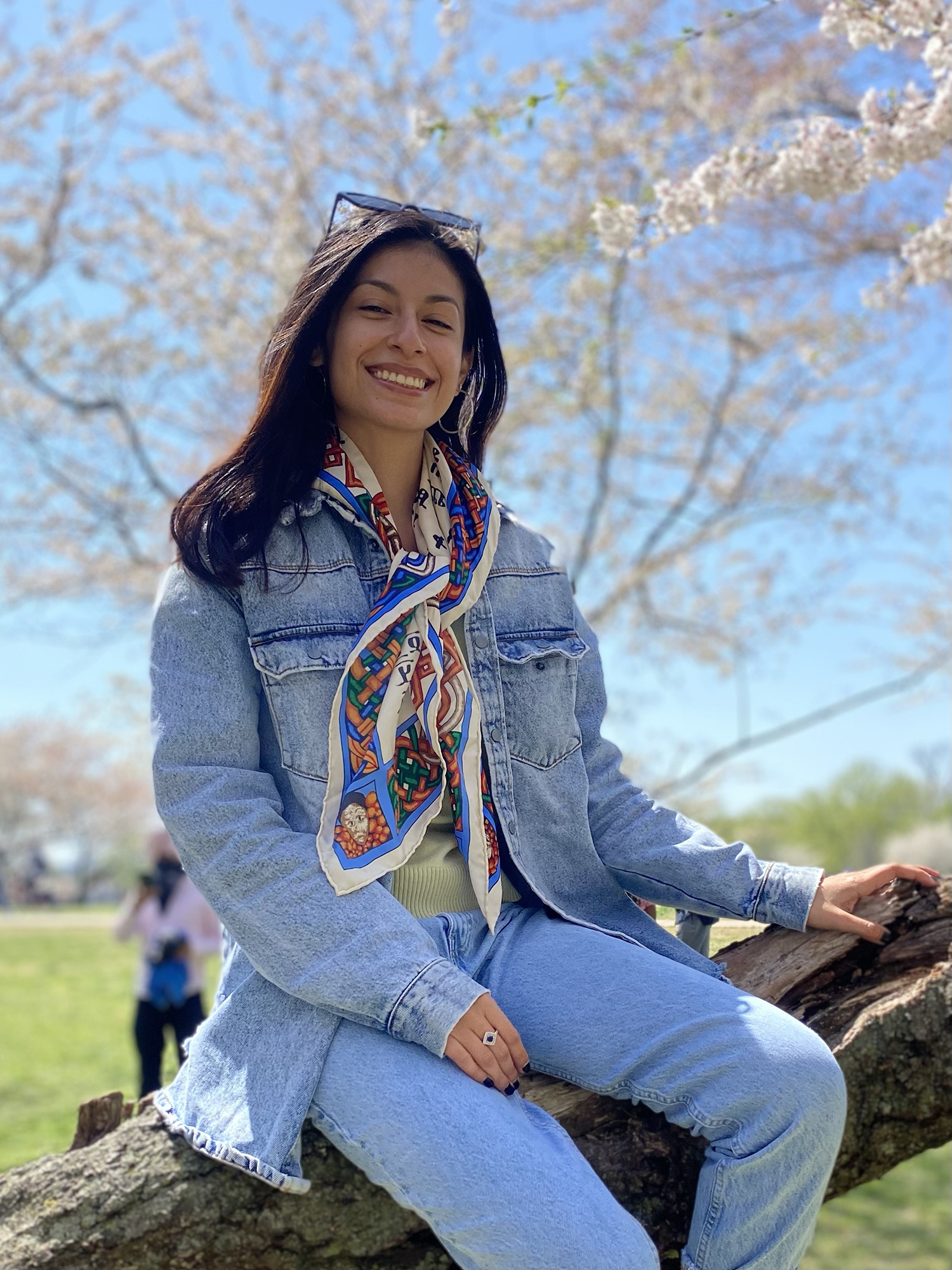 Why did you decide to become an English major?

I decided to become an English major because reading and writing is my passion. I wanted to pursue a major that would help me think and write more critically and creatively. As an English major, I've had the opportunity to develop skills that can be applied inside the classroom and beyond it. English taught me the importance of perspective and communication, these two components are vital for approaching the world.

What clubs, campus groups, internships, outside class projects have you been involved with? Do you have any leadership roles in these groups?

I am an alumni of the Jiménez-Porter Writers' House program at UMD. I was a member of Students Helping Honduras, where I contributed to combating poverty and violence in Honduras through education and youth empowerment. I served as Media and Marketing chair for a year, helping coordinate fundraising events and manage media. Also, I interned with the Cultural Academy For Excellence where I tutored minority students in Prince George's county.

What is something you read during class that impacted your worldview?

I had the opportunity to read Héctor Tobar’s novel Tattooed Soldier. This book blew my mind. It’s a raw and unfiltered story about a Central American man during times of political unrest in Guatemala. Despite it being a written work of fiction, it holds various realistic elements that mirror events that occurred in Latin America. I would say that in a way, it could be considered a testimony on the experience of many Central Americans that weren’t allowed to voice their stories.

What skills (professional, creative, or other) do you think you’ve gotten from the major?

My professional skills greatly improved while taking a plethora of English courses. Though, my creative writing skills did as well. I never missed the opportunity to opt for creative projects when my English courses offered them. I enrolled in writing workshop classes that ultimately helped me get my first short story published.

What is your dream job or career?

What are you passionate about (or even curious about)?

I am a first-generation Latina who is pursuing a degree in English and Latin American Studies. I am very vocal about the importance of literature and I find representation important. In my experience tutoring students at schools in underrepresented communities, I would rarely see books depicting characters that looked like them in their classrooms. I found this alarming. I'm passionate about seeing more works of literature by minorities represented in the publishing world. It doesn't matter if one comes from different backgrounds, everyone has a unique story and it's important to uplift underrepresented voices.