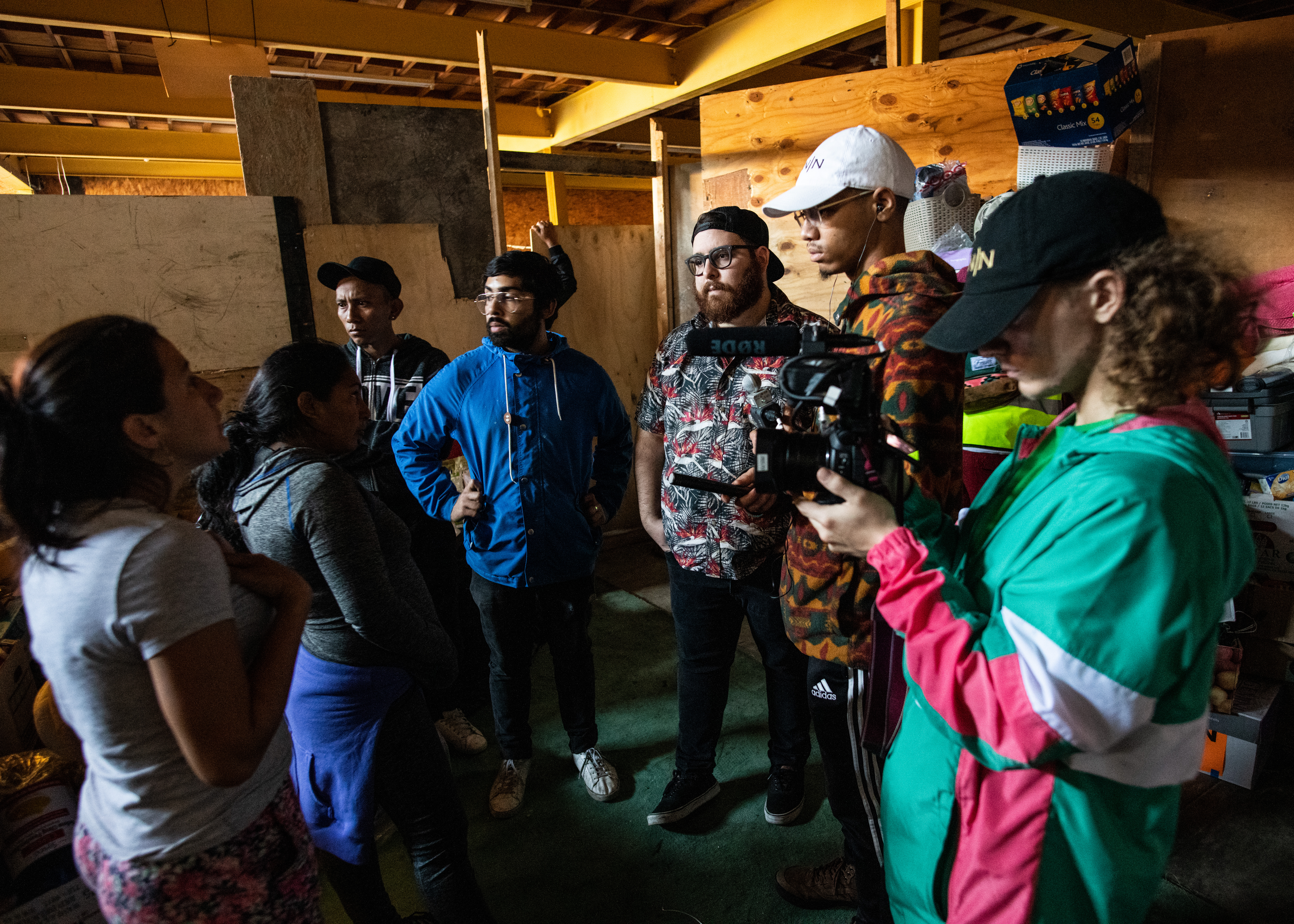 Kian Kelley-Chung ’19 wants you to know what it's like to migrate to the U.S. from Central America.

Kian Kelley-Chung '19 became an English major because he wanted to make video games. Not as a programmer or artist, but as a story developer.

"When I thought about what I enjoyed about video games—the engaging narratives, the complicated character development, the intertwining plots," Kelley-Chung said, "I realized that I needed to become a better writer."

Now Kelley-Chung is working on two ambitious new media projects, a virtual reality (VR) story that immerses viewers in the experience of migrating from El Salvador to the U.S., and an augmented reality (AR) graphic novel based on James Baldwin’s "Going to Meet the Man."

The VR story, called "HUMANO," is a collaboration with filmmaker and multimedia producer Paul Lai of POKDO Studio in Baltimore, Maryland. The AR graphic novel is a solo project, and Kelley-Chung was awarded the first ever Nonso Christian Ugbode (NCU) Digital Media Fellowship from Black Public Media (BPM) to begin production.

Both projects grew out of coursework in creative writing and the English department's media studies track, which helped him see that he could tell stories across platforms and genres.

"As I moved along in the major, I learned that I could use my storytelling skills for more than just video games," he said. "And I became more and more fascinated with the potential of using virtual and augmented reality to tell stories about contemporary social and political issues." 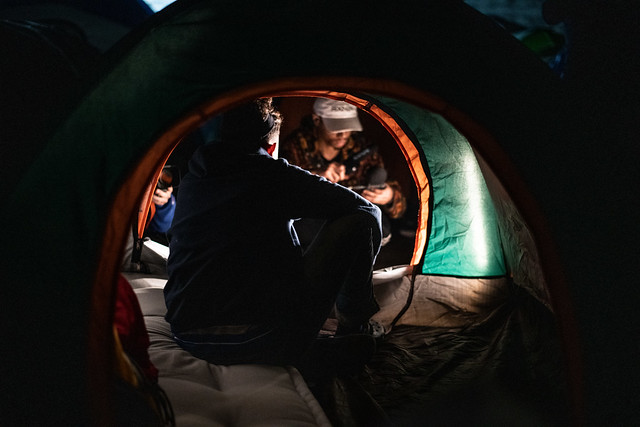 To write the script for "HUMANO," Kelley-Chung is drawing on everything he learned about character development and dialogue in his creative writing workshops. A course called "Migration in Cinema" taught by Eugene Robinson, a professional-track faculty member in the English department, helped him understand how to fuse verbal and visual narrative elements into one story.

"We learned about migration through film, but we also learned how films portray the migratory experience by focusing their lense on a particular aspect of the immigrant story," he said.

While "HUMANO" is a work of fiction, it is based on interviews with real people. Kelley-Chung and his collaborator Lai have made two research trips, one in December 2018 to Tijuana, Mexico and another in February 2019 to San Bartolo, Illopango, El Salvador. During both trips, Kelley-Chung interviewed locals and migrants at different stages of the journey to the U.S. and took notes. He's drawing on those interviews to write the script.

"The realness and relatability of the migrant family is one of the most important parts of this project," said Kelley-Chung. "Ultimately, I want people to experience this story and come away with not only better information about the difficult conditions migrants face at home and in transit, but more empathy for their struggles."

Creating an experience that is both informative and compelling is also an important goal of Kelley-Chung's AR graphic novel project based on Baldwin’s "Going to Meet The Man," which is about racial violence in a rural southern town during the civil rights movement and touches on everything from Jim Crow laws to voter suppression.

With support from the NCU Digital Media Fellowship, Kelley-Chung will collaborate with an illustrator and several developers to create an AR version of the story that gives readers insight into the story's social and historical context. For example, readers will be able to scan a symbol with their phone or tablet and then watch a video about the civil rights movement or hear a recording of Baldwin reading from that passage.

"HUMANO" is almost halfway through production, and Kelley-Chung hopes it will be ready for audiences next summer. He will complete a prototype of the AR graphic novel by next spring.

No matter the project, Kelley-Chung wants it to have impact.

"There's a lot of power in art," he said. "Art forms culture, and it can change people's perspectives in unexpected ways. I want my work to be something larger than myself."

Inset: Kian Kelley-Chung ’20 (second from right) Interviews Brenda (far left) and her aunt Leticia (second from left), two migrants from Honduras who volunteer in the pantry and kitchen of "Contra Viento y Marea," a migrant-run shelter in Tijuana, Mexico, where they also live. Dec. 20, 2018 (Photo by Paul Lai).