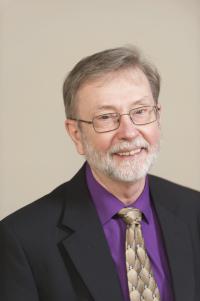 1220A Tawes Hall
Get Directions

From 2005 through 2017, Thomas Lowderbaugh served as Administrative Fellow in the Professional Writing Program, where his duties included editing and updating the program's web pages and helping to mentor new PWP faculty.

Before leaving the federal government he served as Internet Coordinator for the Office of Public Affairs, Federal Deposit Insurance Corporation (FDIC). His responsibilities there included developing and publishing the office’s online materials and managing an electronic subscription service. At the FDIC he led two redesigns of the Corporation's external website (1999 and 2003) and provided usability guidance for the redesign of the Corporation’s intranet. He also managed webcasts and the development of proprietary applications such as an internal electronic clipping service and an online event registration system. He also led the development of an online resume book to support placement of employees. At the fifth international Plain Language Conference (November 2005) he delivered a presentation on "Paper Prototypes as a Tool for Plain Language.

And for the Professional Writing Program's twenty-fifth anniversary conference ("Beyond the Classroom: Writing that Works"), he served on a panel exploring techniques for "Making the Writing Classroom a Real-World Place, "where he was joined by his former student Carol Dory.

Before joining the FDIC, he served as the Assistant Director for Administration of the Smithsonian Institution's Office of Elementary and Secondary Education. As part of his achievements, he launched and coordinated the Smithsonian's first online service over the commercial America Online computer network. For that accomplishment he received the Smithsonian's Crockett Award for Outstanding Achievements in Information Resource Management. Other Smithsonian duties included managing a national internship program for graduating high school students and developing and teaching courses that modeled for elementary and secondary educators ways that they could use museum and other community resources in their teaching.