Who Tells Her Story 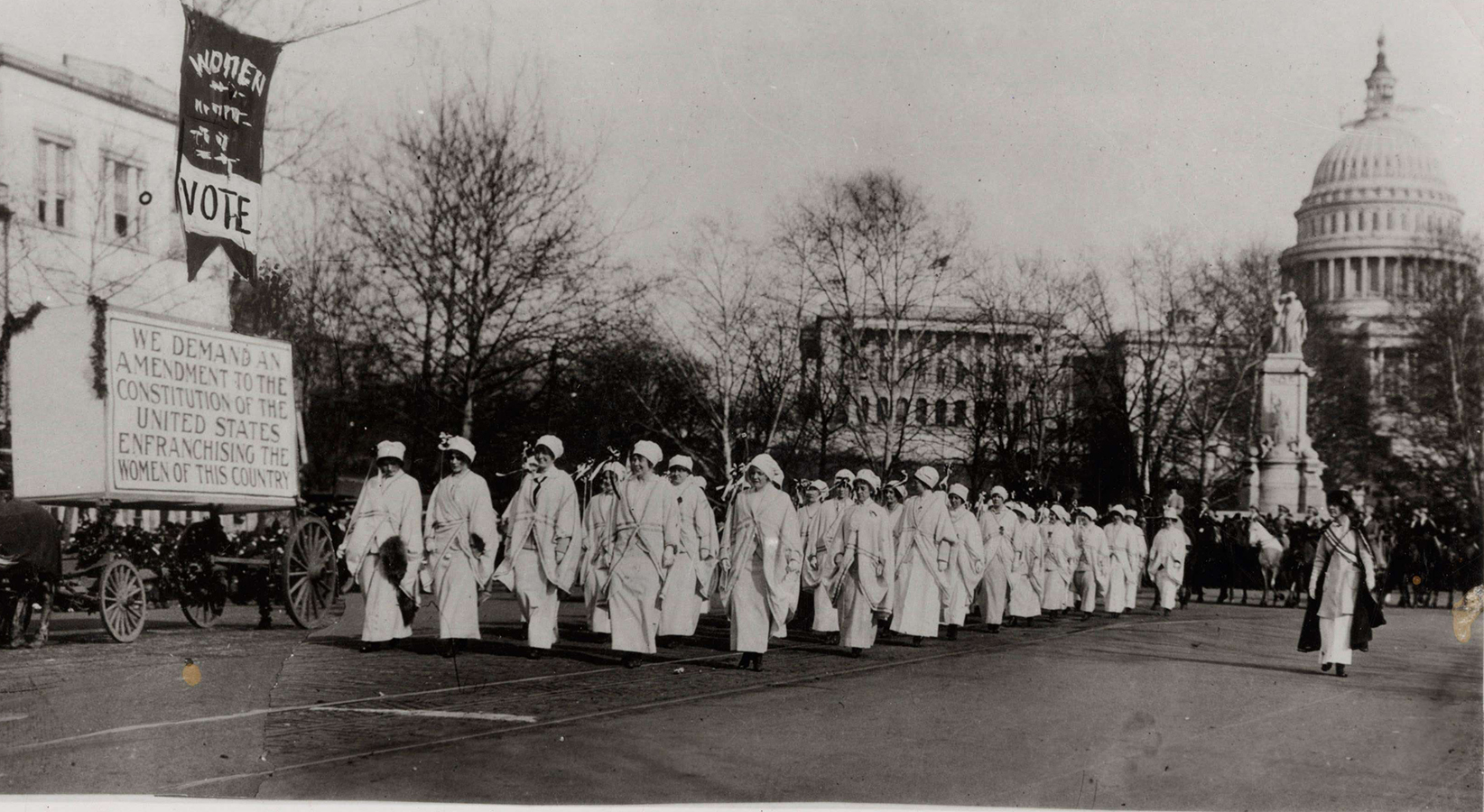 Women’s suffrage course looks back on 100 years of voting rights while looking ahead to the 2020 election.

Who is remembered in history and how are they remembered? This is the central question of a new virtual course challenging students to look at the women’s suffrage movement from a fresh perspective. Taught by Professor of English Jessica Enoch, “Women and Memory in Material and Digital Worlds” examines the 19th Amendment centennial as well as exclusions and discrimination that marked suffrage activism.

“It’s often a reflection of someone’s time period that influences how they’re remembered in history,” said Enoch. “Those in the present—memorialists—call up the past they remember for particular reasons. We use and shape our memories to speak to present-day concerns.”

The class examines how memorialists invoke suffrage history to reflect on voting rights, voter participation and women's election to public office. The centennial of the 19th Amendment has been a moment of reflecting on the racism and exclusions that marked the suffrage movement.

“Before taking this class, I knew the basics about the fight for the 19th amendment, but almost everything I had learned was from the perspective of wealthy white women,” said public policy major Colleen Herrmann ’21. “Studying suffrage history opened my eyes to how diverse and factioned the suffrage movement was, and how that makes memorializing it complicated.”

Throughout the semester, students have been investigating how women are represented in the media during the 2020 election year and how writers frame Kamala Harris' legacy. Students are reviewing a range of media sources including the Washington Post, Philadelphia Inquirer and Teen Vogue to consider how suffrage arguments inform voting rights claims and voter suppression.

“The class is giving me a better understanding of just how hard women had to work to get the right to vote. The fight didn't end with the 19th amendment—Black women, in particular, had to wait until the Voting Rights Act of 1965 to get full voting rights,” said English major Alexandra Higgins ’22.

Theatre and Performance Studies master’s student Zahria Moore ’21 said that her focus in the class has been “remembering the Black women and other women of color who have been forgotten in suffrage history, thus the shoulders Senator Harris stands on.” Ahead of Election Day, she spoke to her mother about the chance of Harris becoming the first Black woman vice president.

“I felt indifferent to Harris, but I could hear in my mother’s voice, her Black women, Black daughter, Black mother, Black administrator voice, the hope she has,” said Moore. “'I'm thankful the class has given me space to shape my knowledge of the troubled history of the women’s suffrage movement, so I can both lean into my indifference and my mother’s hope.”

Enoch has been very impressed with how students have engaged this moment with a critical eye to find their own paths for analysis and exploration.

“Public memory is an argument for the pasts we revere and for the present and futures we want to realize,” she said.