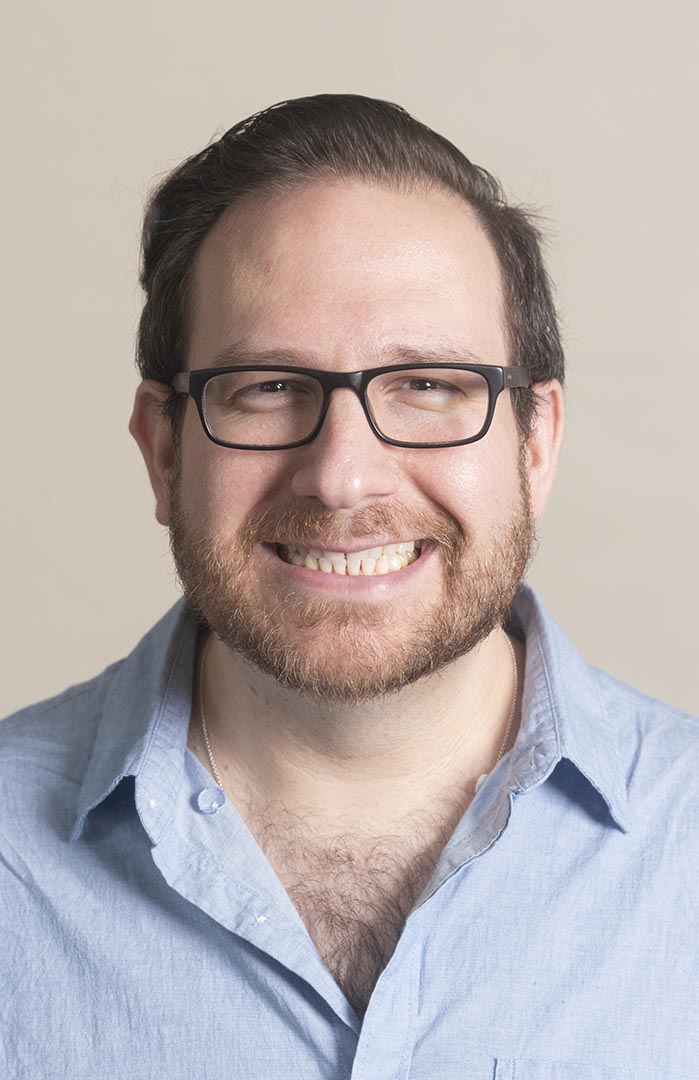 Shalom Rosenberg (Pronouns: He/Him/His) is a doctoral candidate in Comparative Literature researching the intersections of LGBTQ+ and Jewish/Israeli representations on screen (Film/TV/Web and Media). He also serves as an Academic Advisor in the English Undergraduate Studies Office. Shalom's research explores notions of "manhood" and "womanhood" especially in terms of the Jewish Queer experience in film, literature, and beyond. He is also fascinated by configurations of sexuality, gender, religion, culture, and ethnic/racial identity in how they complicate said representations on screen. While Shalom's interests and areas of expertise focus on narrower subjects like Jewish Cinema, LGBTQ+ Cinema, and Israeli Cinema, they also include and encompass more general cinema topics such as Film History, Global Cinema, Language of Film, Film Theory & Criticism, National/Transnational Cinemas, Film Genres, Directors' Cinema, and more. Shalom's work also centers intersectional possibilities and draws comparative parallels with feminist, Black American, Latinx, and other marginalized communities, traditions, and voices.

In previous semesters, Shalom has taught LGBTQ+ Literatures and Media, Academic Writing, Film Art in a Global Society (themed as LGBTQ+ Cinema), Introduction to Israeli Cinema, The Jewish Image on Screen (Film/TV/Web), and Gender & Sexuality in Israeli Cinema. In the past Shalom has also held several positions including serving as the graduate student representative for the Undergraduate Studies Committee in English, the Comparative Literature representative to the GEO (Graduate English Organization), the co-chair/ liaison to the Comparative Literature DGS (Director of Graduate Studies), and as a member of the Interpolations Editorial Board. Additionally, Shalom serves as a part time adjunct faculty member at American University's Film and Media Arts program and has taught more general Cinema Studies courses such as History of International Film, History of Cross-Cultural Cinema, and Colloquium: The Story of Film. With each of these courses, Shalom has been fortunate enough to be able to fuse his passion for cinema and film with more interactive and inclusive approaches to pedagogy and learning. Shalom views teaching (literature, cinema, writing, or really anything) as tools to foster empathy and build connections with his students.

#1 Piece of Advice for Students: College is what you make of it and in many ways it functions as a first reflection of real life as an adult in  that you can put a lot into your classes and extracurricular activities (or not) and may not immediately feel the consequences of these choices. In most/nearly all cases and situations, you are treated as an adult and expected to act like the young adult that you are; if you take charge of your own story and path, you will likely find this experience most rewarding. These years are marked by great change and you will inevitably change too; embrace this and don't be afraid. Seek out people you can trust who will advocate for you. If you are struggling or need help, let someone know. Not every professor or peer will be a good resource but you won't find out if you don't ask for help or tell people what you need. People will surprise you, mostly in good ways. Remain hopeful and optimistic, if possible. Kindness is free and you never know how it might impact someone else's day or life.

What I Wish I Knew as an Undergrad: You are not defined by one thing, one class, one moment, one year, or even one college experience. Life is an incredible journey filled with endless possibilities and meaningful moments...if you are open to them. It's okay if you don't have it all figured out or if you change your mind. It's okay and even good to ask for help and seek out mentors and friends (i.e. "find your people"). Ask questions and be curious! If you make a mistake, own it, apologize, and keep moving forward! Don't apologize for asking for what you need but make room for others who have less than you. Find and embrace inspiration wherever you experience it (in nature, books, films, friends, classes, online, etc.). Sometimes corny quotes or clichés can come in handy (don't use them in your writing but be inspired by them (or not)); here are some of my favorites: "The race is long and in the end, it's only with yourself." (Mary Schmich), "Don't be afraid it won't be perfect, the only thing to be afraid of really is that it won't be." (Stephen Sondheim), "don't judge a book by its cover", "you can't please everyone", and of course, "Be yourself; everyone else is taken." (Oscar Wilde).

Ask me about: Anything related to the English program, requirements, or the overall student experience at UMD; if I don't know the answer I will tell you honestly and will do my best to help you get to the right person or department(s). I am also happy to support you and help you figure out what to ask if you are unsure since sometimes even figuring out where to begin can be a challenge. I am familiar with other departments that often overlap with English as well (Film Studies, Jewish Studies, Israel Studies, LGBT Studies, Women's Studies, and Comparative Literature, to name a few). I can also serve as your resource for LGBTQ+, Jewish, and other intersectional communities on campus, related to diversity and inclusion, which are core personal values of mine. You can also feel free to chat with me about literature, cinema, television, or anything else you are passionate about as we embark on this journey together.