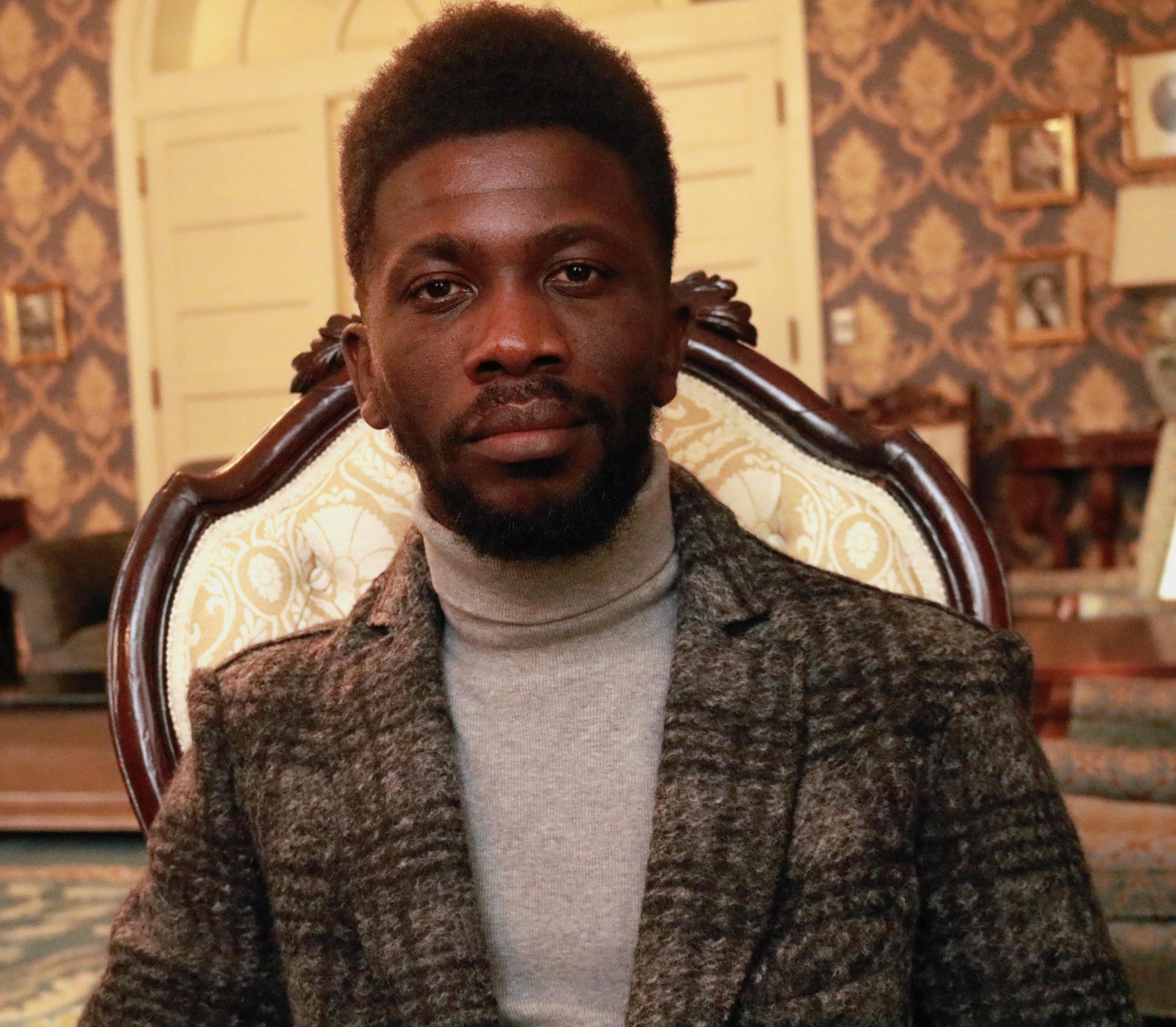 I. Augustus Durham is the 2018-20 President’s Postdoctoral Fellow in English at the University of Maryland, College Park. His current book project takes up black studies through literature, history, and culture in order to examine melancholy and genius. Working primarily through Sigmund Freud’s 1917 essay “Mourning and Melancholia”, he seeks to undo the logic that melancholy is a precursor for mania, especially when applied to black thought and its thinkers. Instead, working with the notion that melancholy instantiates itself through the lost object, that being the mother, he examines the excesses of melancholy to assert that the affect is actually a catalyst for genius. Thus, in its multiple variations, the “mother” manifests in performances of excellence by the child, namely the “son”; and becomes a subject found rather than an object lost. Durham has published work in CAA Reviews, Black Camera: An International Film Journal, Palimpsest: A Journal on Women, Gender, and the Black International, and Journal of Religion and Health; and has forthcoming work in an edited collection on Tarell Alvin McCraney’s expressive art, namely the film Moonlight, and a review of Christina Sharpe's grammars in In the Wake: On Blackness and Being.

2018-20 President’s Postdoctoral Fellow in English at the University of Maryland, College Park.

His current book project takes up black studies through literature, history, and culture in order to examine melancholy and genius.

Andrew Flory (Carleton College) examines the central role of Motown in the development of crossover R&B music in his 2017 book I Hear a Symphony: Motown and Crossover R&B.

Drawing on a depth of archival materials as well as recordings, films, commercials, and images, Flory explores the relationship between Motown and African American culture during the postwar period. Recently, I. Augustus Durham (Duke) spoke with Flory over Skype, discussing the way music comes to be categorized along racial lines, the relationship of soul music to the ascendant black middle class, and the enduring legacy of Motown.

Historically, some have viewed soldiers deserting the battlefield during war as an extreme act of cowardice, dishonor and shame. Samuel Fury Childs Daly, the newest member of Duke’s Department of African & African American Studies, takes a different view.

Daly, an assistant professor of African history, says desertion has another side. It created new social orders and generated new ideas about honor and obligation.

In March 2014, for an article in GQ magazine, Pharrell Williams invoked the term “the new black”; he further elaborated on the phrase’s definition in an interview with Oprah Winfrey for her show Oprah Prime.

A little over a year later, in the summer of 2015, Rick Famuyiwa’s film Dope, executively produced by Williams, was released to rave reviews. Although these two events appear disparate, this article asserts that the film is a cinematic interpretation of Williams’s ideation. By highlighting the movie’s aesthetic nods to hip-hop—clothing, paraphernalia, music, and casting—as forms of nostalgia, and reading the protagonist’s preoccupation with attending Harvard as a form of cultural amnesia reminiscent of rhetoric from bygone cultural movements, the piece questions, what is the “new” that constitutes blackness? In like manner, does the arrival of such a category suggest that “the old black” no longer exists, or does it maintain a paradigmatic influence which stands to impart a lesson on culture and history to the “new”?

Speculative Blackness: The Future of Race in Science Fiction

Depending on the context of its usage, the Spanish term género is definable as either “gender” or “genre.”

Katherine Clay Bassard takes up this dichotomy in line with questions of literacy when she opines that “[i]n speaking of gender and genre, then, [she works] from the assumption that form is not merely a matter of free choice or appropriate models but a function of how a writer perceives her/himself in the social order.”1 This conflation suggests that whenever deployed, the context is never not haunted by the subtext as well as by the social location in which the usage finds utterance. In this same manner, when one speaks about “race,” one could imagine that for some bodies of color, black ones in particular here, “[t]he fastest runner doesn’t always win the race, and the strongest warrior doesn’t always win the battle. The wise sometimes go hungry, and the skillful are not necessarily wealthy.

“A Loving Reclamation of the Unutterable: Patricia Hill Collins, Hortense J. Spillers, and Nina Simone as Excellent Performers of Nomenclature”

From Palimpsest: A Journal on Women, Gender, and the Black International.

People are often given this identif ier in order to live into something, for better or worse, that may signify their progenitors’ current circumstance, or even as a response to occasions of intrauterine vicissitudes prior to in-breaking.