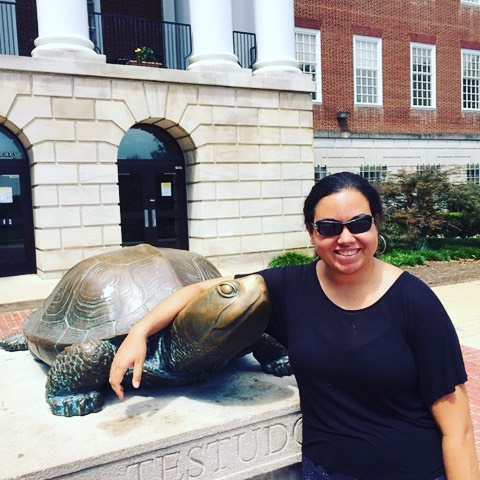 Alexandria “Andy” Nunn is a PhD Candidate and a twentieth & twenty-first century multiethnic Americanist. She is currently writing her dissertation Race to the Future on racial futurity in science fiction and speculative fiction as imagined by black, indigenous, and person of color (BIPOC) authors. Her research interests include Film and Media Studies, Critical Race Theory, hybridity, Afrofuturism, Techno-Orientalism, and post humanism.

The 2019 Science Fiction Research Association (SFRA) annual conference was a reorientation of the field’s priorities, interrogating the significance of putting indigeneity and indigenous theory at the centre of SF literary critique. Moreover, the conference insisted that indigeneity never belonged out of the limelight, and perhaps never quite left the hearts and minds of those writers and readers that shaped past and present works. It is this attentiveness to history and eagerness for transformation which gave rise to the conference theme, 'Facing the Future, Facing the Past: Colonialism, Indigeneity, and SF’.

"For a Time and Race Unraveling: Shifting Imaginaries and Covert Resistance in Postracial Dystopias”

The Routledge Handbook of Alternative Futurisms

This essay explores the complicated visions of alternative postracial futures in N.K. Jemisin’s The Fifth Season and Chang-Ra Lee’s On Such a Full Sea; wherein race, as we recognize and represent it in our current trajectory, is dismantled, renamed, and reshaped to suit a different human society. This is not to say that these societies feature no racial distinctions, but rather that the legible signifiers we recognize in real-world constructions of race are ‘re-raced’ (made illegible in light of new signifiers) for the fictional alternative. I compare Lee’s subtle framing of unnamed difference with Jemisin’s explicit reframing of caste order, and argue that both authors invoke experiences of oppression and injustice to gesture to the impossibility of a postracial utopia while still suggesting the potential for new, as-yet unrecognizable racial categories.

2017 Winner of the Adelaide Bender Reville Prize for Short Fiction